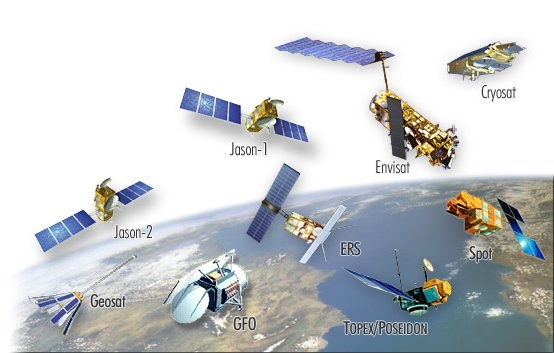 The objective of the Sentinel-3 mission is to provide operational measurements for 20 years using robust and stable altimetry technology already proven in previous ESA missions. The minimum baseline altimeter performance required shall be the same as Envisat and CryoSat altimeters.

The altimetry instrument is similar to that of the CryoSat mission but with the interferometry mode not included. CryoSat is ESA's dedicated mission to monitor changes in the thickness of marine ice floating in the polar oceans, and to monitor variations in the thickness of the ice sheets covering Greenland and Antarctica. The Sentinel-3 mission continues the monitoring of the sea state, wind speed, sea-ice and ice thickness as started by the ERS, Envisat and CryoSat missions.

The Sentinel-3 orbit (altitude and inclination) is almost the same orbit as Envisat, allowing continuation of the ERS/Envisat time series.

The orbit inclination and altitude for Sentinel-3 were selected to produce an orbit that repeats every 27 days, rather than every 35 days as for ERS and Envisat.  This improvement in sampling frequency is at the expense of slightly wider spaced tracks (104 km apart at the Equator).

The next ESA altimetry mission is SENTINEL-6 in 2020.

See the Radar Altimeter Tutorial for further information about past, present and future altimetry missions.