The choice of orbit for SENTINEL-3 is a compromise between the requirements of the topography mission and those of the optical mission. The SENTINEL-3 topography mission, as a single altimeter mission, cannot address these requirements alone and must consider other altimeter systems "in constellation" where synergy provides optimum spatial sampling, cross-calibration and reference altimetry. An example of synergy missions with the SENTINEL-3 mission is the entire JASON series of missions (JASON-2, JASON-3, JASON-CS) with a reference orbit in a low-inclination (66°).

It is appropriate for SENTINEL-3 to maintain an ENVISAT-type high-inclination polar orbit. This choice provides optimal SRAL coverage of the ocean, ice surfaces in high latitudes and of the European shelf seas that is fully in line with GMES recommendations. 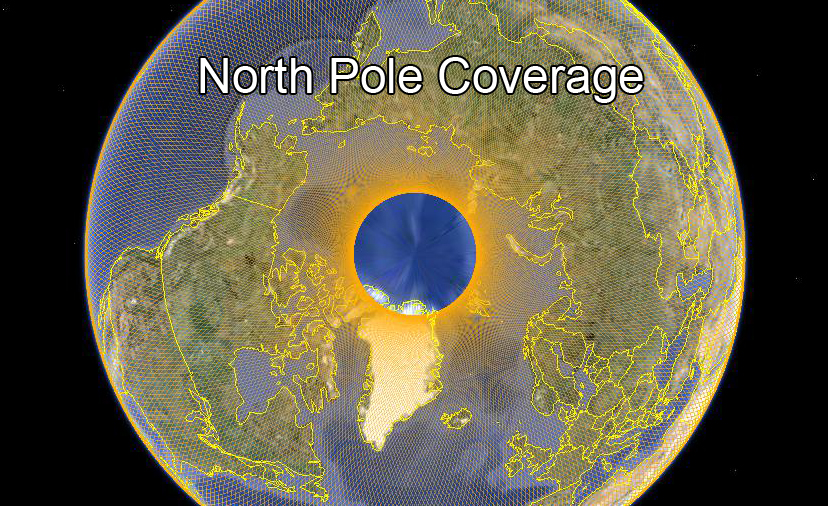 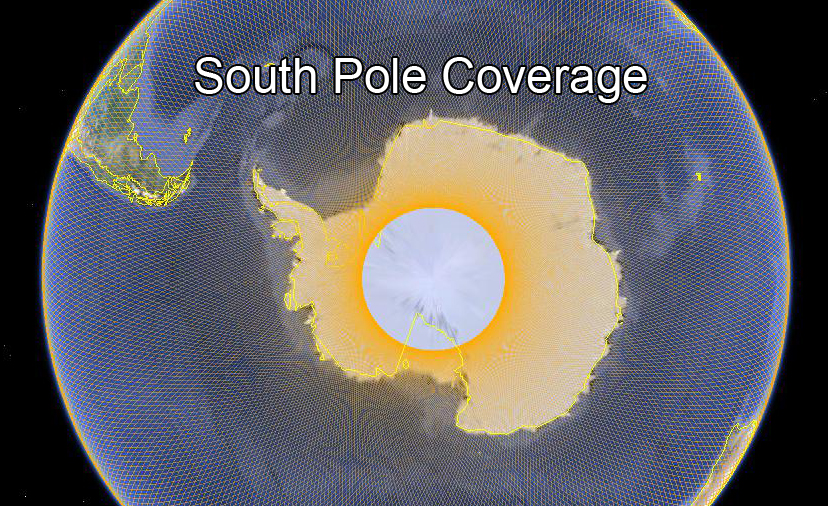 Sentinel-3B has been launched into an orbit with the same characteristics including repeat cycle. The two satellites in constellation provides a 140° in-plane separation between the two spacecraft, driven by optical ocean and land coverage requirements. With the launch of SENTINEL-3B, the repeat cycle will be the same but the SRAL coverage will be increased. 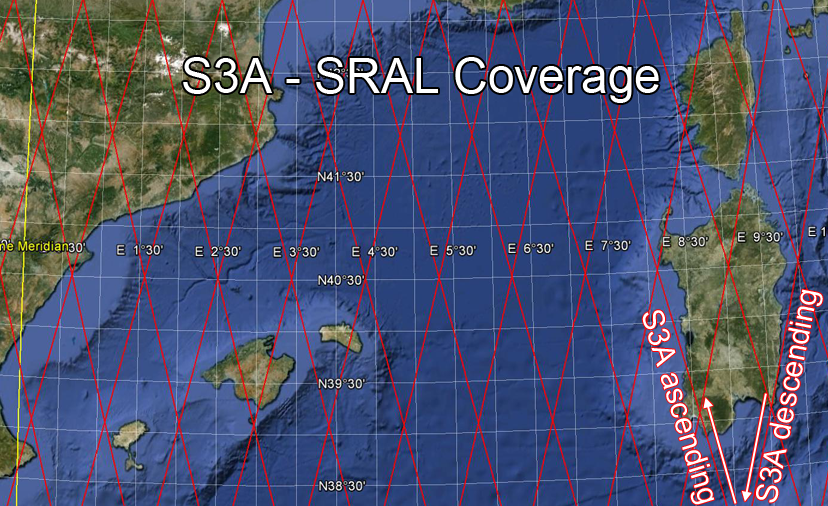 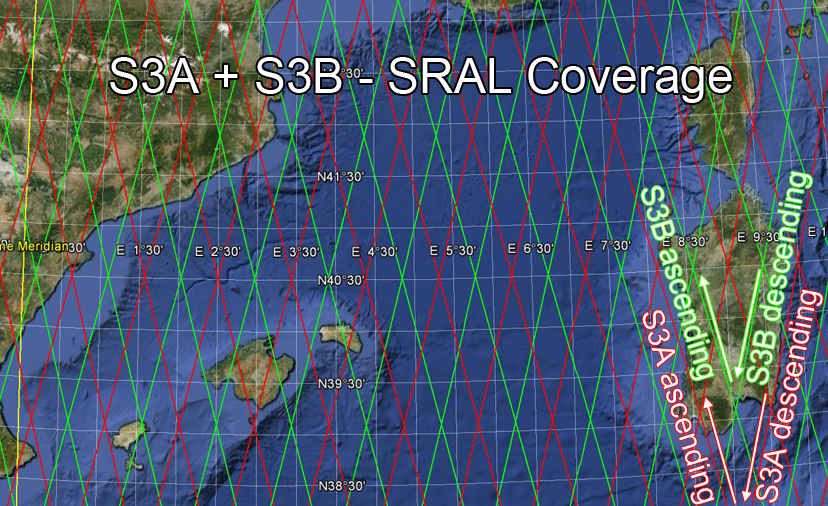 In a two-satellite configuration, after one complete cycle, the inter-track separation is reduced from 104 km to 52 km at the equator.

For further information about orbit coverage, visit the ESOV website.