The European Union's Sentinel satellites, developed and operated by ESA, will play a critical role in Australia's efforts to manage its vast land and marine environment.

Their data will feed applications that support important national and regional priorities including: coral reef monitoring on the Great Barrier Reef, vegetation and crop monitoring for productive agricultural areas, water resource assessments and development of the blue economy.

The data will be a key input to a range of government programmes, such as assisting enforcement of environmental protection legislation, as well as driving cutting-edge scientific research and innovation by Australia's research institutions and satellite applications industry.

Data from the Sentinels will complement other critical data sources currently used in Australia, like the United States Landsat programme and the Japanese Himawari programme. The combined datasets show how land changes over a range of timescales.

From March 2016, Australia has been assured access to a reliable and operational stream of data from the Sentinel satellites.

Geoscience Australia's National Earth and Marine Observation Branch Head, Dr Adam Lewis, said that Sentinel data will support researchers, businesses and government agencies: "The Sentinels are high-quality, operational sources of Earth observation information, which could transform the way we use satellite images in society, just as GPS has transformed our use of maps.

"We are working to give reliable access to these data sources, which, when integrated with data from other key programmes, will enable us to provide information that is more accurate, more detailed, and more frequently updated than anything that has gone before."

Some of the key application areas where Australia sees data from the Sentinel satellites as having particular importance are:

Under the terms of cooperation arrangements with the European Commission and its technical partners ESA and EUMETSAT, dedicated high-speed connections have been made available to Australia for Sentinel data access. 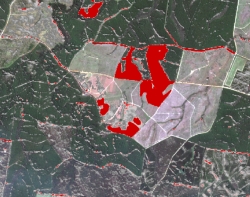 Australia is using these connections to establish a regional data access and analysis hub, supporting exploitation of Sentinel data in Australia, Southeast Asia and South Pacific region. These regions face some of the world's greatest challenges to sustainable development, where data infrastructure may not always support full uptake of such ‘big data'.

A consortium formed by the Australian government and the state governments of New South Wales and Queensland is implementing this regional hub. Copernicus Australia will provide a platform that supports and encourages users from around the region to work together. This collaboration will be increasingly important as the region engages with big challenges, like disaster risk reduction, which often does not respect national borders.

ESA and Geoscience Australia are currently working to ensure the smooth flow of data from ESA systems to Australia's data hub. Once the basic data flow has been secured, the Australian consortium will progressively enhance the hub from being a data redistribution system, to providing tools and resources that support in-depth analysis of the datasets by expert and non-expert users.

The success of the hub depends on providing users with access to the right data. ESA has been working closely with Australia to ensure data collection by the Sentinels is tailored to meet local and regional needs. 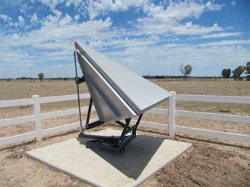 Sentinel-2A has already achieved a 20-day revisit over Australia. In the Great Barrier Reef, where climate studies and monitoring of coral bleaching are crucial, a 10-day revisit has been achieved. Owing to the northern latitudes getting darker during the northern winter, Sentinel-2 has been performing an alternate 10-day revisit since October, between 'eastern hemisphere including Australia' and a 'western hemisphere including the Americas'. This will increase the revisit time drastically during the northern winter period.

The quality of the data in the hub is critical to its success, and Australia is providing calibration and validation support to maintain and further improve the high-quality level of Sentinel products. Australia's investments in this area will benefit all Sentinel missions, across the terrestrial, aquatic and atmospheric domains. Some of these activities, particularly those operated by state government agencies, have a heritage that goes back to the mid-1990s.

Instrumented calibration sites form a key part of this contribution, including:

Data from these facilities will be complemented by measurements from a range of field instruments and intensive annual field-team surveys. This dataset enables validation and algorithm development activities at national, state and Earth observation community levels. Initiatives such as the Terrestrial Ecosystem Research Network, the Integrated Marine Observing System and the Joint Remote Sensing Research Program will also contribute to Australia's validation effort.