ESA and its Member States created the Sentinel Collaborative Ground Segment (CollGS) to further enhance the Sentinel missions exploitation in various areas. Today, the cooperation is also open to all European countries and Copernicus Participating States.

Besides the challenging task of building and launching a satellite, a key indicator of the success of an Earth observation mission relies on ensuring that the data gathered are of good quality and made easily available to users.

These functions are all ensured by the Copernicus Space Component (CSC) Ground Segment.

But what does the CollGS do, exactly?

Canada, which is an associate ESA Member State, operates extremely important land and maritime monitoring activities, with C-CORE and other organisations. Having established a CollGS agreement, they can access the Sentinel products via a data hub operated by ESA and dedicated to collaborative partners. 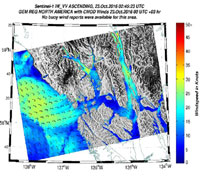 "The programme has been operational since 2013, ingesting SAR data from the RADARSAT-1 and RADARSAT-2 missions. The NSW system began to generate operational surface wind maps using Sentinel-1A data in April 2016 and Sentinel-1B in September 2016.
"Access to Sentinel-1 data has significantly increased the temporal and spatial frequency of marine wind speed information being delivered to our operational marine forecasters."

Many national mirror sites are already in place and serve users with regard to a certain geographical coverage. For example, the Hellenic National Sentinel Data Hub in Greece disseminates Sentinel-1, -2 and -3, and in future Sentinel-5P data, to the whole area of South-Eastern Europe.

The CollGS initiative is also coordinated in the wider framework of the Copernicus Integrated Ground Segment. 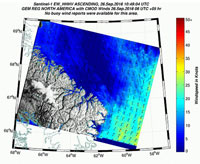 Following the recommendation by the IGS Task Force, the CSC Ground Segment will be enhanced by the procurement of "Copernicus Data and Information Services" (DIAS). The DIAS service providers will offer hosted processing capacities alongside with Sentinel data available from the CSC. This will allow third parties to procure DIAS services as a base layer for their value adding services to end-users.

The service is also designed to support the Sentinels Collaborative Ground Segment efforts in enhancing Sentinel data access in the future.

Twice a year ESA holds a CollGS workshop, providing a forum for its partners to review the current status of the cooperation and to discuss the future evolution of the Sentinels Collaborative Ground Segment. 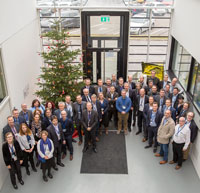 The most recent workshop was held in Germany on 15 December, hosted by DLR in Oberpfaffenhofen.

Lena Stern, responsible at ESA for the technical agreements with CollGS partners, said: "It is great to see how the CollGS has grown over the last years. Starting with the first signed agreement with Greece in 2014, we now have 12 countries actively cooperating in the CollGS and more European countries to come."

The European Commission leads and coordinates this programme, to improve the management of the environment, safeguarding lives every day. ESA is in charge of the space component, responsible for developing the family of Copernicus Sentinel satellites and ensuring the flow of data for the Copernicus services, while the operations of the Sentinels have been entrusted to ESA and EUMETSAT.