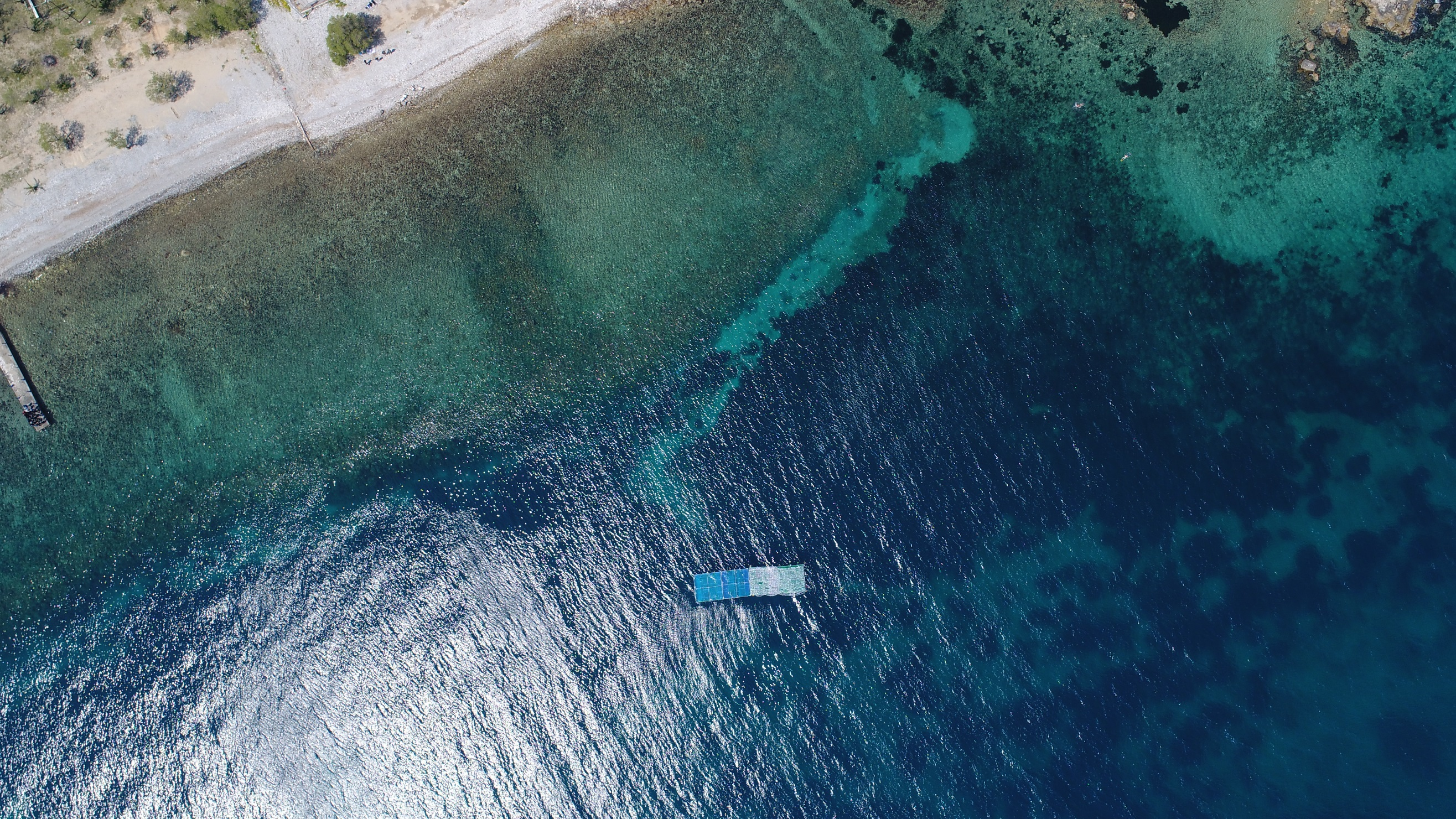 Until recently, the exploitation of Earth Observation in the marine domain was somewhat limited, due to poor spatial resolutions and long revisit times, often extending to months or years— today, Copernicus Sentinel data and the development of multispectral techniques are bringing significant advantages in monitoring marine debris.

Floating marine debris has become a pervasive, global and increasingly critical problem, threatening wildlife and human activities throughout oceans, while creating headlines across the world.

The remote observation of some floating debris is a promising tool for monitoring, but still presents a high degree of complexity given the different characteristics and size of debris, the reflective nature of the sea surface, cloud cover in the marine environment and the nature of marine circulation aggregating and dispersing debris. Aerial photography and ship surveys are very costly, and thus usually restricted to once a year, at most.

The Earth observation (EO) Tracking of Marine Debris in the Mediterranean Sea project introduced an innovative approach to detect marine litter in coastal waters around the world. The initiative has been undertaken by a European consortium led by ARGANS Ltd, and including CNR ISMAR, the University of Cadiz and the University of Aegean, who are providing significant experience and expertise in the field of marine litter and remote sensing studies.

The processor proved its ability to identify items as small as 50 m2, and is designed to spot and report on the location of marine litter windrows (i.e. the elongated accumulations of marine debris) with lengths varying from tens of metres to over a kilometre in length, commonly found on the sea surface.

The processor has been successfully verified against the six design specifications identified in the functional requirements work, and the output has been validated against in-situ field tests deploying plastic targets of varying size (25 – 100 m2) and composition (plastic and other debris).

The Earth Observation processor resulted in an initial good progress in the field of marine litter detection, and with additional investments it could provide an efficient tool for marine litter management and clean-up actions, at least for significant debris, while waiting for proxy solutions supporting micro-plastic drift simulation.

The Sentinel-2 mission of the European Union's Copernicus Programme is based on a constellation of two satellites - Sentinel-2A and its twin Sentinel 2B - launched respectively on 23 June 2015 and 7 March 2017, both orbiting Earth at an altitude of 786 km but 180° apart. This configuration optimises coverage and global revisit times, where the same spot over the equator is revisited every five days, and this is even more frequent at higher latitudes.

Since the US Landsat-8 satellite offers similar imagery and thanks to the cooperation between ESA and NASA, the aim is to reduce this to an average revisit time of just three days over the equator and generate comparable data products. 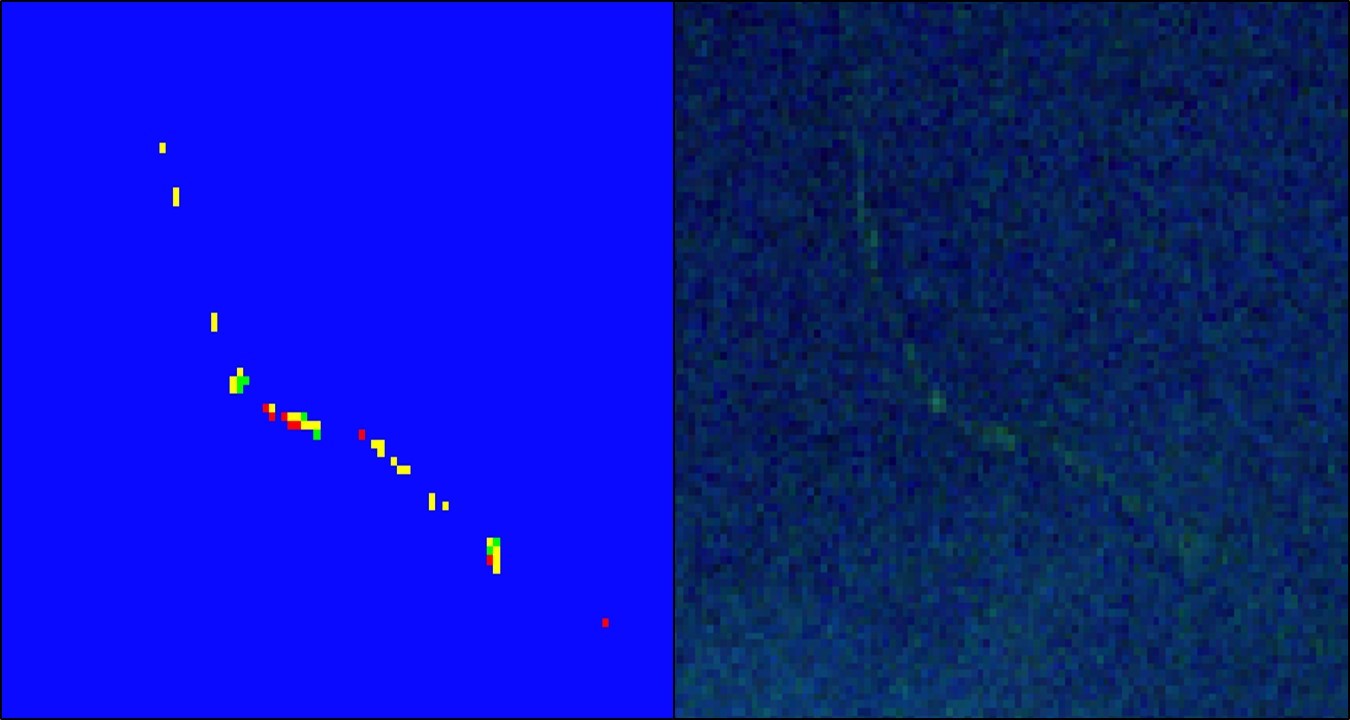 ARGANS Ltd is capitalising on work conducted with radars, sonar and other non-destructive techniques that are subject to false returns, using both a Bayesian decision approach as well as Neyman-Pearson methods.

Copernicus Sentinel-2 data are free and open, and it is the first satellite with good enough spatial and spectral resolution to detect marine debris from space. Commercial imagery already available are also able to provide such information, but cost and data access is a strong limitation to support activities of the general public, NGOs and public organisations in the implementation of action plans for the prevention and cleaning of marine debris.

The development of low-cost capabilities using Copernicus Sentinel-2 EO data is already influencing how experts in the area and in society address this problem. For instance, the results have shown the high relevance that microscale accumulations of litter present, to understand the spatial and temporal patterns of marine debris distribution in coastal regions. 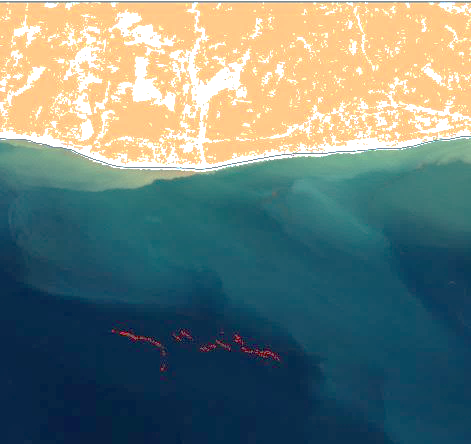 The formation of accumulations of floating litter in frontal areas and the so-called "windrows" are not part of the current oceanographic models, used to simulate marine litter distribution and behaviour. Thus, the insights that Copernicus Sentinel-2 is providing are helping to direct the effort of the scientific community towards these structures and to improve our understanding of them.

In addition, the scales of the accumulations that researchers can spot with Copernicus Sentinel-2 are very useful for organisations taking cleaning actions, which currently are blindly moving throughout the ocean to find debris, with the consequent cost in time and economic resources. Even if only partial information is provided, such data are of value to better address these activities that are helping to keep our oceans clean and healthy.

Andrés Cózar, researcher of the University of Cadiz, in Puerto Real (Spain), states, "At first, we all knew that it was nigh-on impossible to systematically monitor floating litter with the current remote sensors, but Copernicus Sentinel-2 data have been a great incentive for everyone and finally we found the way to go."