Europe’s growing family of Copernicus Sentinel missions is helping to advance the EU’s ambition of reaching carbon neutrality by 2050, according to Simon Jutz, Head of the Copernicus Space Office at ESA.

The environmental data delivered by these missions are powering the development of low-carbon applications across society and helping governments act to reduce the impacts of the climate crisis.

This is accelerating a green transformation for the European economy, continued Jutz, who was delivering an address on the future of the EU’s Copernicus Programme at ESA’s Living Planet Symposium last month.

The current suite of Copernicus Sentinels consists of six missions and one precursor mission designed to use a range of technologies – such as radar and multi-spectral imaging instruments – to monitor different aspects of Earth’s environment, including the land, oceans and atmosphere. Five of these missions are currently in orbit, with the remainder planned for launch in the coming years. 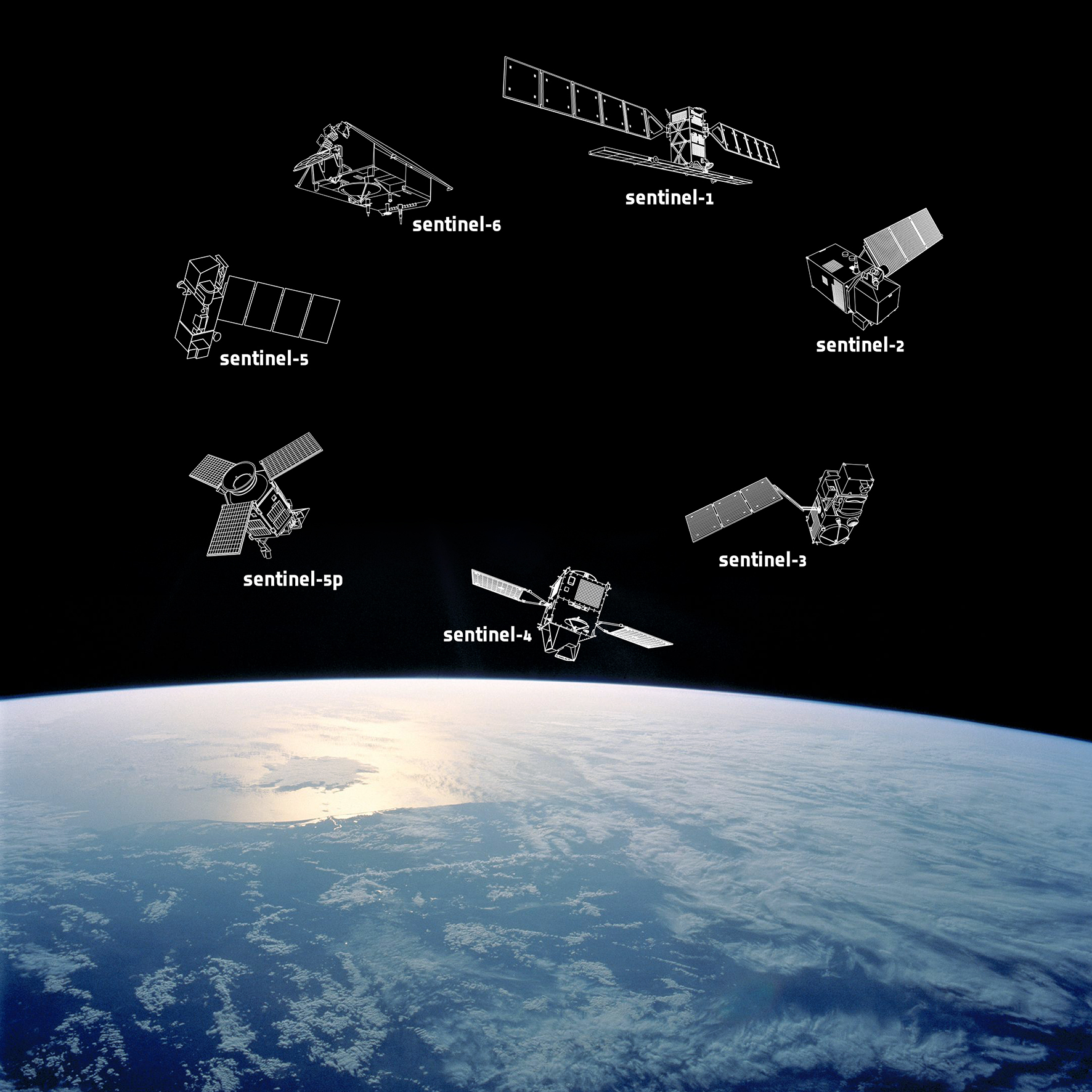 Data delivered by the Copernicus Sentinels are fed into the Copernicus Services, which are already helping Europe to combat challenges such as food insecurity, natural disasters, climate change, to name just a few.

However, the planned expansion of the Copernicus Sentinel family will be key to fulfilling Europe’s long-term sustainability goals, said Jutz.

ESA is currently developing six Copernicus Sentinel Expansion missions on behalf of the EU, which are intended to support European policy and fill gaps in Copernicus user needs.

These include the Copernicus Carbon Dioxide Monitoring mission (CO2M), which will reduce current uncertainties in estimates of emissions of carbon dioxide from the combustion of fossil fuel at national and regional scales, providing decision-makers with a reliable source of information that will help Europe meet its decarbonisation aims.

In addition, data delivered by the Copernicus Sentinels is complemented by numerous missions known as Copernicus Contributing Missions, ensuring that a comprehensive set of Earth observation data is delivered to the user community.

Jutz said: “The Copernicus Sentinels have made key contributions to Europe’s green objectives. Copernicus Sentinel-5P, for instance, uses its TROPOMI instrument to deliver global information on the distribution of planet-warming gases, helping industry and government take action to cut these emissions.

“Innovative space-borne technology developed as part of the Copernicus Expansion Missions – including CO2M – is set to continue these efforts, supporting Europe’s goal of becoming climate neutral by 2050.”

Entitled "The Copernicus Programme – Looking Back, Going Forward", the session took place at the Living Planet Symposium in Bonn on 24 May 2022.

Further to the news published on 20 May, ESA recalls the opportunity for Copernicus Sentinel data users to provide feedback on its services with an online survey. Your feedback will help improve the range and quality of the data and services offered.

Thank you for sharing your feedback.

Infrastructure maintenance activity on 6 and 7 June 2022

A maintenance activity on the core infrastructure hosting the data hub services, is planned on the following days:

During this period, service interruptions and publication delay for all Copernicus Sentinel-1,Sentinel-2 and Sentinel-3 products, might occasionally occur on the following hubs:

The Sentinel-5P Pre-Operations Data Hub will not be affected by the maintenance.

We apologize for any inconvenience this might cause to your activities.

We are pleased to publish the seventh Copernicus Sentinel Data Access Annual Report.

This report for 2021 follows directly on from the 2020 report, and analyses the uptake of Copernicus Sentinel data and the performance of the Sentinel Data Access System during the period 1 December 2020 to 30 November 2021 (referred to as Y2021).

By the end of the reporting period, the Sentinel Data Access System was supporting over 490,000 registered users, a daily publication rate of almost 33,000 user-level data/day, and an average daily download volume of 203 TiB. A total of 491 million user-level data had been downloaded by users since the start of data access operations, consisting of a total data volume of 320 PiB (80.5 PiB of them was downloaded during Y2021 alone). The report provides the detailed statistics behind these numbers, as well as examining the demographics of users, the status of agreements with collaborative and international partners, the challenges and solutions found by the Data Access Operations team in publishing and disseminating such huge volumes of data and evolving the System to cope with them, and the outlook for the future.

A freely accessible remote sensing analysis platform whose user base has continued to expand since its launch 2014 is expected to reach one million downloads during this week’s Living Planet Symposium, according to the ESA engineers that oversee the tool’s operation and development.

This comes as they finalise an updated version of the virtual tool, slated for release next week.

Copernicus Sentinel-1A unavailability on 23 May 2022

No data were generated during this period.

The Living Planet Symposium will take place from 23 to 27 May 2022 in Bonn, Germany, and ESA is taking the opportunity to invite feedback on its services with an online survey. Your feedback will help improve the range and quality of the data and services offered.

Participants to the Living Planet Symposium will receive a reward when visiting the Welcome Desk at the ESA booth. Simply complete the survey and you will receive a code, which you need to present at the booth.

Thank you for sharing your feedback, and we look forward to seeing you at the Living Planet Symposium.

Copernicus Sentinel-3A unavailability on 18 May 2022