The MTG ground segment is to be built-up over a number of years; initially handling the first MTG-I satellite and then expanding to include also the parallel operations of the first MTG-S satellite on which SENTINEL-4 flies.

The MTG ground segment is composed of a series of MTG specific elements plus a series of multi-mission elements that are common across several EUMETSAT missions.

The main MTG specific elements are:

The main MTG multi-mission elements are:

The majority of the MTG ground segment facilities are located at the EUMETSAT headquarters in Darmstadt, Germany. The exceptions to this include the GSTF and a back-up satellite control centre which duplicates the essential MTG ground segment elements in a location physical remote from Darmstadt.

The operations of the SENTINEL-4 instrument are performed autonomously. A default set of control tables is stored on-board that contain measurement sequences composed of time tagged instrument configuration identifiers each one representing a particular parameterised state of the instrument (e.g. detector settings,...). When necessary, maintenance procedures allow the measurement sequences on-board to be updated via the MOF.

Orbit and attitude determination and prediction are needed to support MTG manoeuvre and satellite operations. However the stringent accuracy requirements for instrument data navigation and rectification cannot be satisfied by traditional ranging measurement based orbit determination systems alone. As a result geolocation is performed for each instrument making use of landmarks in instrument data coming from the IDP and IQT in a process known as Image Navigation and Registration (INR). The geolocation of SENTINEL-4 level-1B data relies on the IDP implementing a successful and rapid feed-back loop incorporating the INR results.

ESA is developing the operational Level-2 processor for SENTINEL-4 according to the interfaces defined for the L2P. The SENTINEL-4 Level-2 processing relies on the Level-1B outputs of the IDP but also on the timely availability of subsets of Level-2 data from the Flexible Combined Imager (FCI) instrument flying on MTG-I plus meteorological forecast data from ECMWF. 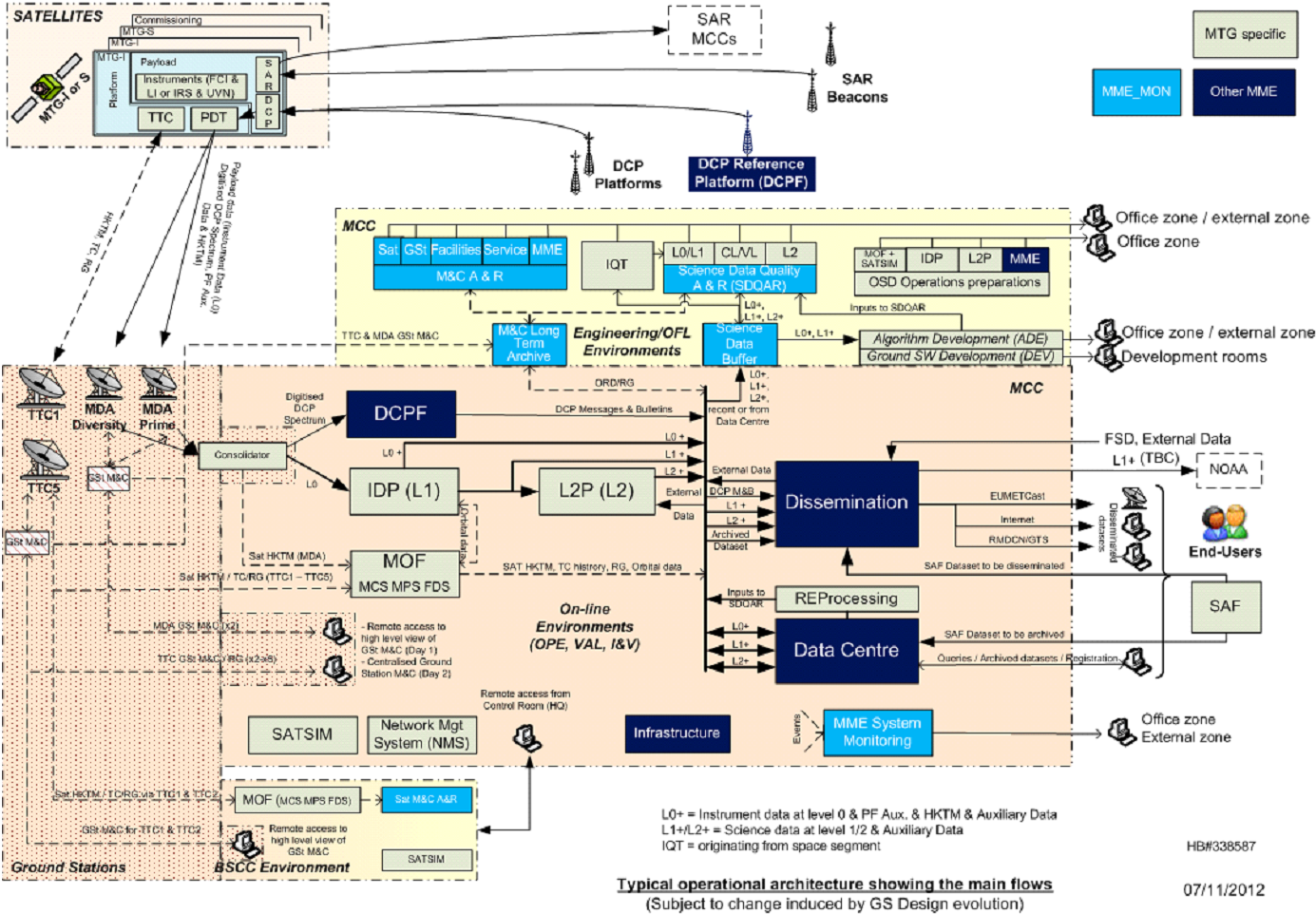