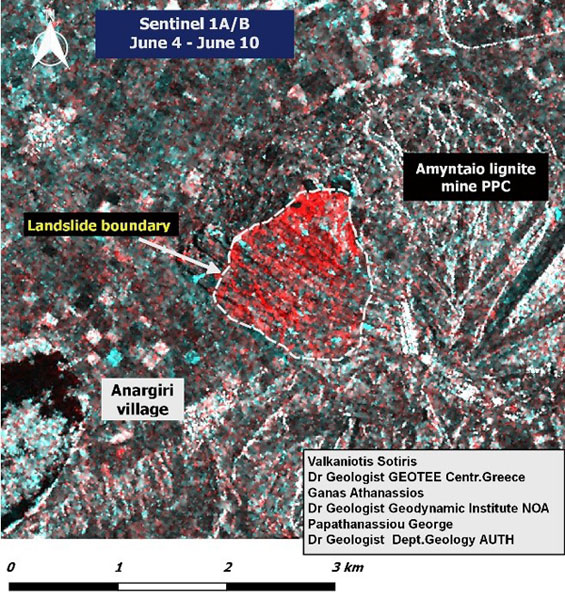 Sentinel-1 images are both ascending pass from track 102. The red areas show most of the landslide that affected the active lignite mine of the Public Power Corporation of Greece. The landslide area (about 3.3 sq km) was determined by change detection, co-registering the two radar images and calculating changes in intensity.