The summer monsoon weather system is a major component of the water cycle in our sub-continent. It replenishes underground water channels, filling major water reservoirs for irrigation of the main wheat crop across Pakistan, India and Bangladesh, and boosting green index across vast rangelands.

The 2022 torrential rains across southern Pakistan, mainly in the Sindh and Balochistan provinces, triggered one of the most severe floods in Pakistan’s recent history. Hundreds of thousands of homes have been destroyed, while many public health facilities, water systems and schools have been wrecked or damaged.

Entire villages were washed away, with damage to major crops like cotton, sugarcane, rice and other high value minor crops. Thousands of cattle were lost due to the torrential rain flood—leaving millions in need of assistance and at increased risk of waterborne diseases, drowning and malnutrition.

The rise in sea surface temperatures of the Indian Ocean is believed to increase monsoon rainfall, and in addition, southern Pakistan experienced back-to-back heat waves in May and June, which created a strong thermal low that brought heavier rains than usual, also triggering glacial flooding.

Dr Ibrar ul Hassan Akhtar, of the Department of Meteorology at COMSATS University, in Islamabad, first used NASA Terra/Aqua, Earth Data to document the hydro-meteorological aspects of the 2022 flood event.  Hydro-meteorological assessments were carried out using daily satellite images, to extract cloud cover and estimate cloud cover duration that led to flooding in 2022.

Prior to 2016, some of the only freely available Earth observational datasets were 250 m resolution Terra/Aqua data and Landsat7/8 30m optical data.  After 2014, the addition of Synthetic Aperture Radar (SAR) data collected by Sentinel-1 followed by Optical Sentinel-2 data from the European Union’s Copernicus Programme, greatly enhanced capacity across the globe to help local authorities to mitigate the impacts of disasters like floods. 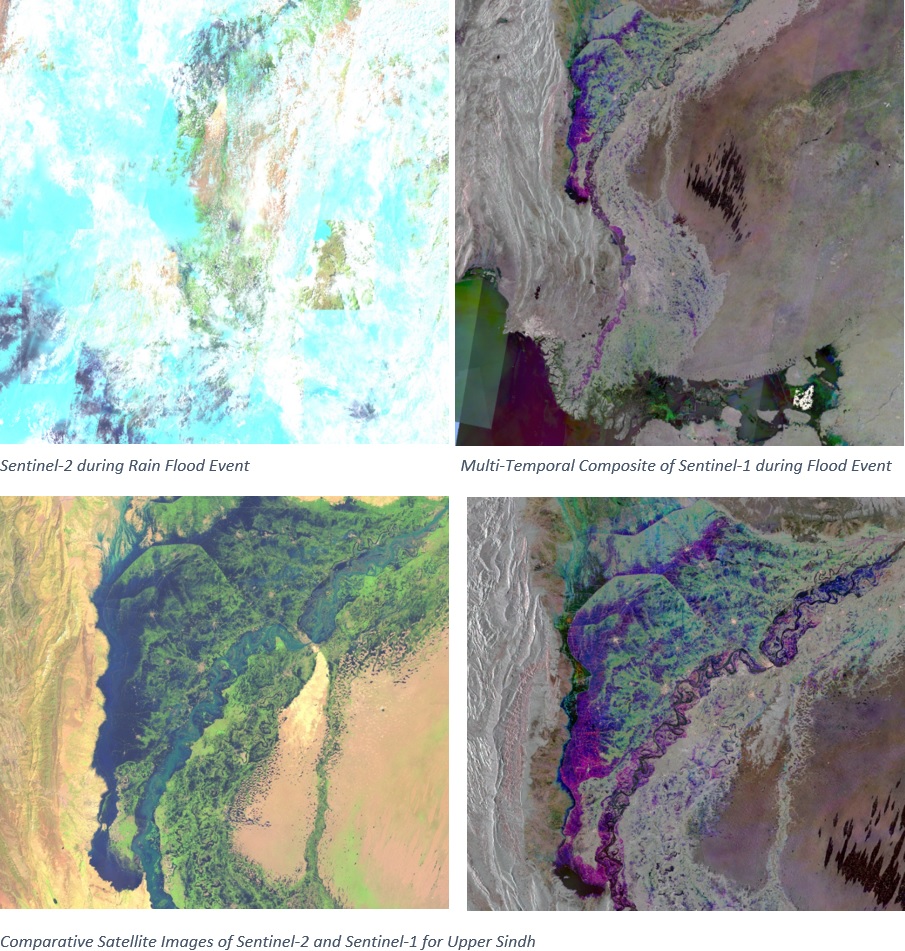 Integrated use of Optical and SAR images for flood impacts

According to Dr Akhtar, “The addition of Copernicus Sentinel-1 and Sentinel-2 data greatly helped to overcome issues of cloud cover, during flood water extent monitoring and improved damage assessment in terms of quality and timeliness”.

He generated maps providing guideline information on water extent changes over the time, based on Copernicus Sentinel-2 satellite data. From these maps, Manchar lake clearly swelled to more than 500% in comparison to its lowest level in June 2022, submerging approximately 236 villages. 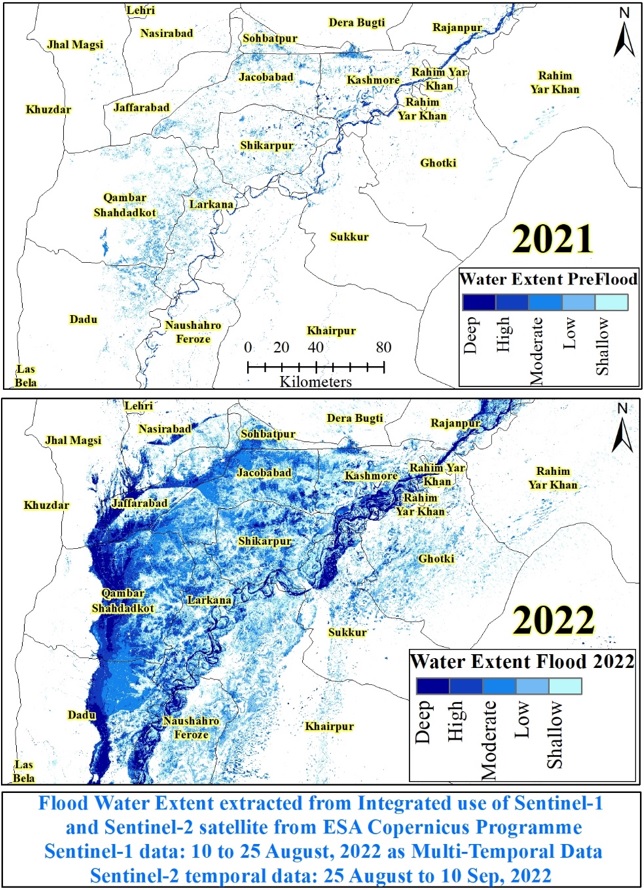 He is currently working on impacts of standing flood water on community health, by using water surface extents combined with Vectri Model for simulation, to identify potential malaria hotspots.

In parallel, the International Charter Space and Major Disasters was triggered by the UN and the operations are managed by UNITAR/UNOSAT, who produced damage assessment maps.

A large collection of Earth observation missions data has been acquired thanks to both radar and optical data made available as part of this Charter activation, at various resolutions. This is being used for situational and damage mapping. 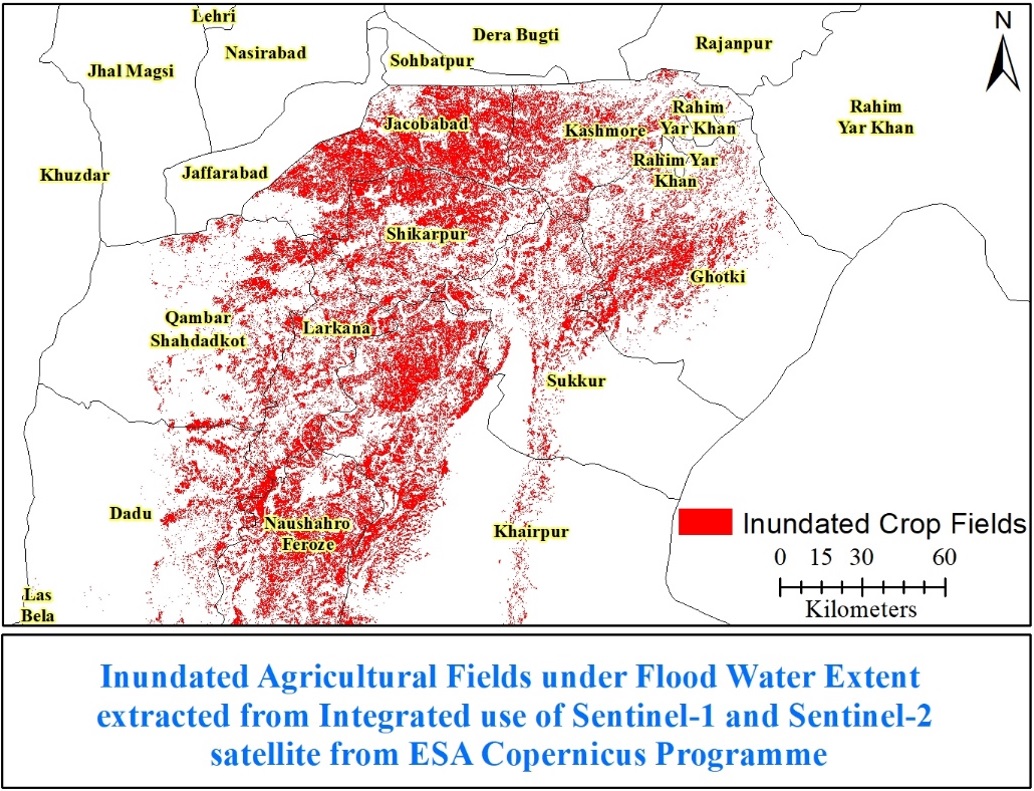