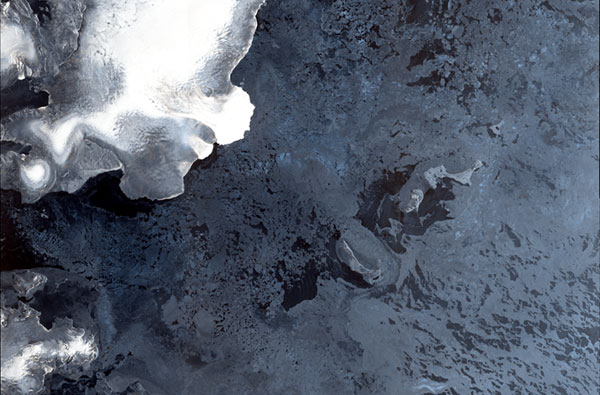 One of Sentinel-1B's first images (in Interferometric Wide Swath mode, VV+VH polarisation) showing part of the Norwegian Svalbard archipelago on the left. The SAR instrument on Sentinel-1B was activated early on 28 April 2016, with the first data acquired two hours later at 05:37 GMT and downloaded at the Matera station a few minutes later. These data were immediately processed by the Payload Data Ground Segment without any issue.