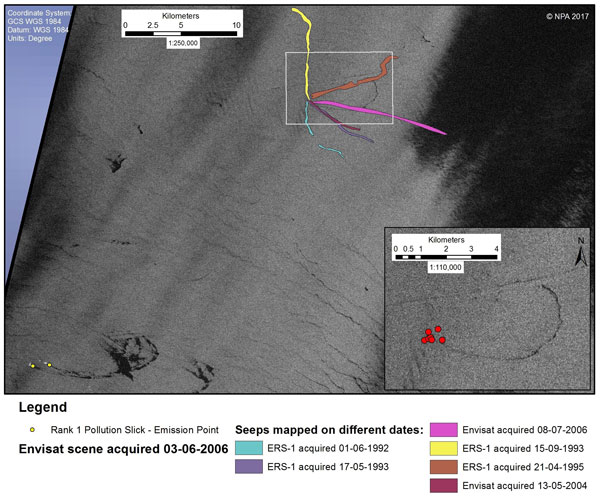 This Envisat scene, acquired on 03/06/2006, shows a thin seepage slick demonstrating the characteristic curvature of oil emitted from the ocean floor of the Eastern Mediterranean Sea. The seepage was identified on six additional dates between 1992 and 2006. The inset shows a close-up of the feature. In the southwest, two leaking rigs can be observed. Note how the leak is mimicking the seepage activity, as both the pollution and seepage are influenced by the Coriolis Effect.