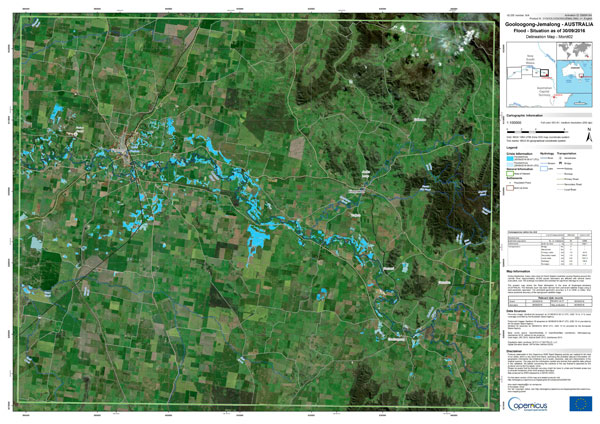 Starting on Saturday September 24th, heavy rains have hit the South Eastern part of Australia. Approximately 34,000 square km of the Lachlan river catchment was flooded, with several cities affected, hundreds of people evacuated. The pre-event image of this area of Gooloogong Jemalong was acquired by Sentinel-2A on 21 August 2016 at 00:12 UTC, the flooded area represented in blue were generated based on Sentinel-1B images acquired on 29 September 2016 at 08:54 UTC and on 30 September 2016 at 08:47 UTC.