Remote sensing scientists are using data from several Copernicus Sentinel missions to probe the behaviour of a transient Namibian river that serves as a crucial lifeline to those who live in the arid landscape through which it flows.

They hope this will deliver insight to help improve water security in regions that are experiencing increasing periods of drought due to rising global temperatures.

The research – which was presented this week at ESA’s Living Planet Symposium in Bonn, Germany – focuses on the Kuiseb, a river in the central-west region of the country that cuts through the Namib desert.

It aims to draw on data delivered by Sentinel-1, Sentinel-2 and Sentinel-3 of the European Union’s Copernicus Programme.

The Kuiseb is an ephemeral river, meaning that it only flows for short periods in response to flooding provoked by heavy rains.

This phenomenon recharges groundwater and gives rise to a narrow oasis that snakes across the land, sustaining local communities and supporting thriving ecosystems that host a diverse range of species.

The economic and environmental importance of ephemeral rivers is set to further rise in the future, as climate change drives an increase in their abundance – and, as a result, there is a growing need to improve understanding of these watercourses.

To advance these efforts, scientists at the University of Bordeaux are using an innovative method that combines several types of Earth observation data with in-situ measurements. This work builds on previous research into the use of remote sensing data to characterise the Kuiseb [1].

Focusing on a major flooding event that occurred in January 2021, the scientists set out to explore the dynamics of the river and how it replenishes nearby channels that are hidden under surface sediment.

The flood was triggered by heavy rains that fell a month earlier on the highlands to the east of the Kuiseb. The river flowed for about five days, eventually reaching the sea at Walvis Bay on the African east coast – this was the first time it reached as far as the ocean in more than 10 years. 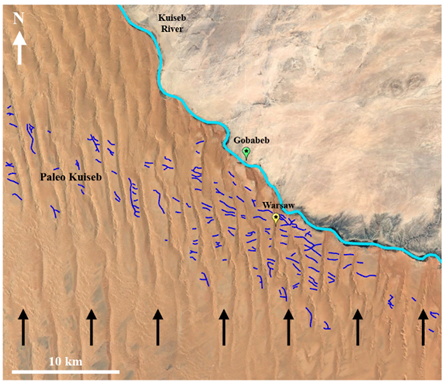 As part of the research, scientists first use information on vegetation growth and soil moisture collected by the multispectral imager of Copernicus Sentinel-2 to identify areas of interest along the riverbed.

Time series data delivered by Copernicus Sentinel-1 – which carries an all-weather C-band synthetic-aperture radar sensor – are then used to determine changes in soil moisture, the extent of flooding, and the levels of aquifers in these areas. 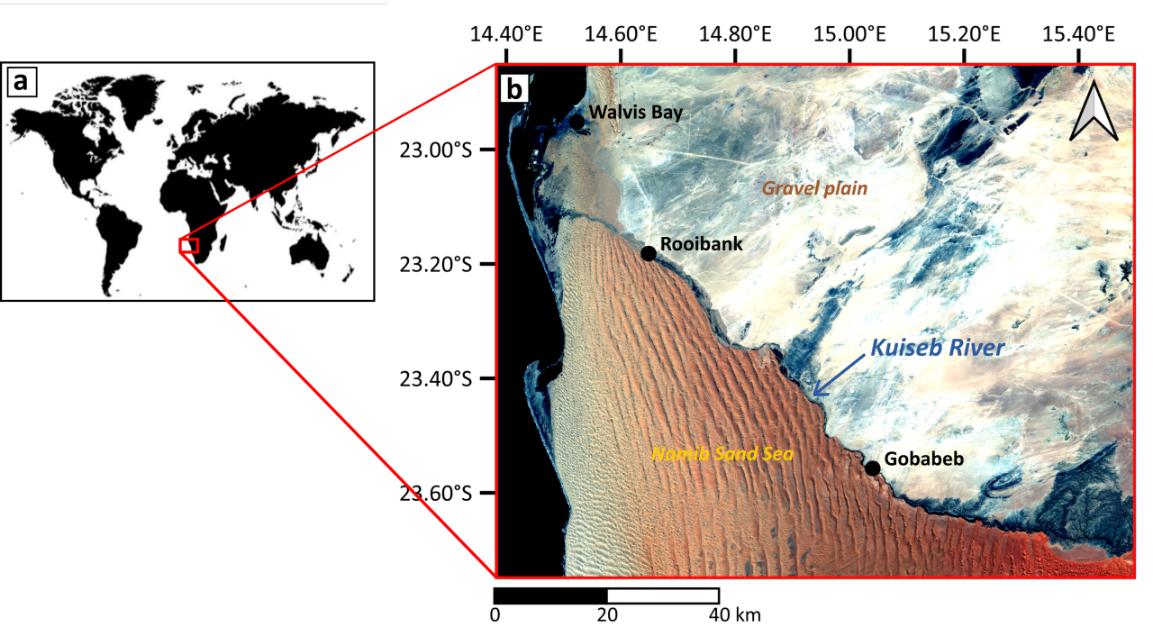 In the future, the researchers expect that data from Copernicus Sentinel-3 – including information on river water level and further data on soil moisture – will be used to complement these insights.

The expected outputs of the project include a comprehensive and freely accessible database containing processed scenes from the three Copernicus Sentinel missions, maps of soil moisture and vegetation, and information on the water levels of aquifers. This could help to improve water security in local communities, by enabling people to find new underground water sources.

The research will also deliver new analysis methods and algorithms that could be applied to characterise other ephemeral rivers in dry regions, strongly contributing to the study of climatology and hydrology in arid environments.

As part of the next stage of the research, the scientists are working to validate their findings using data collected at field stations along the course of the Kuiseb. 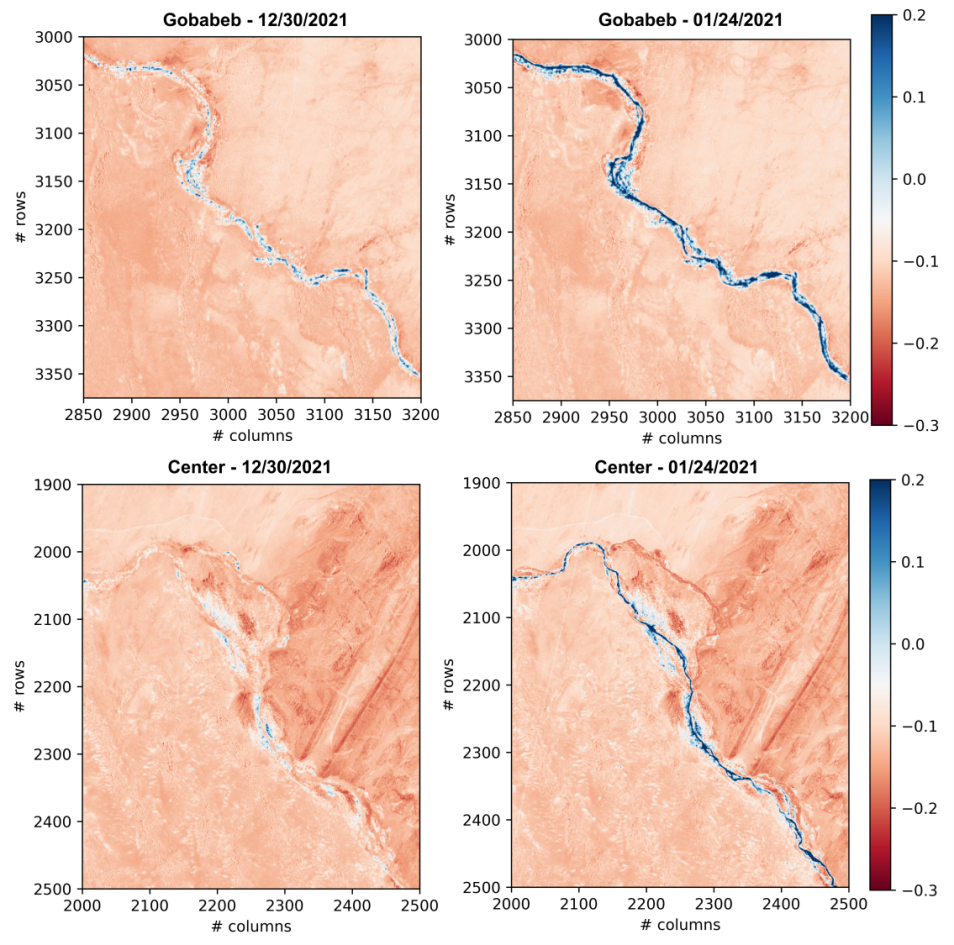 In addition, the Copernicus Land Monitoring Service (CLMS) provides geographical information on land cover and its changes, land use, vegetation state, water cycle and Earth's surface energy variables, to a broad range of users in Europe and across the World in the field of environmental terrestrial applications. It supports applications in a variety of domains such as spatial and urban planning, forest management, water management, agriculture and food security, nature conservation and restoration, rural development, ecosystem accounting and mitigation/adaptation to climate change.