On 19 March, New South Wales, Australia, was struck with extreme rainfall resulting in significant flooding in a number of areas along its central and northern coastline—data from Copernicus Sentinel-1 allowed the Copernicus Emergency Management Service to come into action, lending a hand to rescue efforts.

The torrential rain led to record-breaking floods, causing outpouring from dams, rupturing of rivers and thousands of people forced to evacuate their homes, since in some of the interested areas such heavy rain and flooding proved fatal.

Data from the Sentinel-1 mission of the European Union's Copernicus Programme were used to map flooded areas to help relief efforts, along with those from other missions such as RADARSAT-2, TerraSAR-X and COSMO-SkyMed. 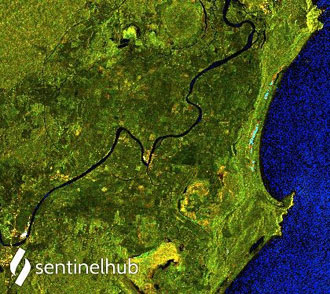 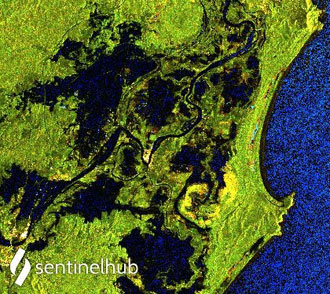 Copernicus Sentinel-1's radar ability to 'see' through clouds and rain, whether in day or night, makes it particularly useful for monitoring floods. Images acquired before and after flooding offer immediate information on the extent of inundation, while supporting assessments of property and environmental damage.

Products provided by CEMS are being used in damage impact assessment, emergency response planning and to underpin disaster impact relief funding arrangements. The inability to deploy aircraft for aerial surveys has meant that Australia has relied heavily on RADAR systems, including the Copernicus Sentinel-1 SAR to see floods beneath the clouds. 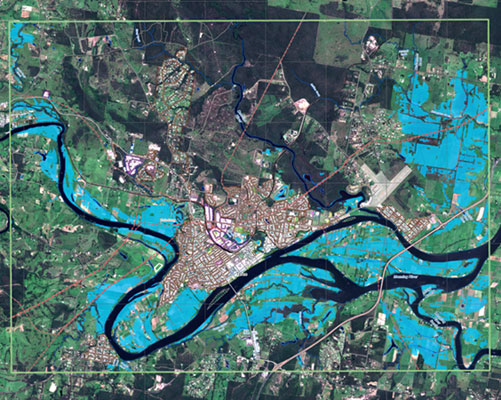 For this particular activation, CEMS did not request a specific programming of Sentinel-1 observations from ESA, but exploited the acquisitions already part of the standard observation plan, which were properly responding to the needs, especially at the time of the activation. 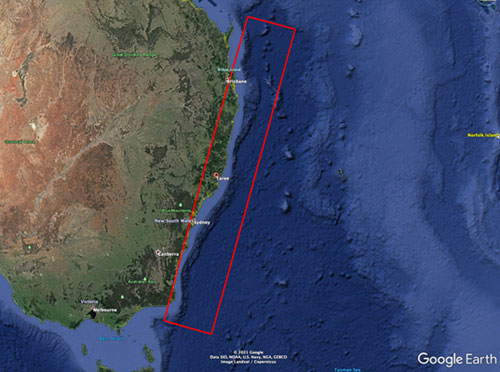 The CEMS products have been utilised from the highest levels of Australian Government in briefing the Prime Minister, through to the New South Wales State Emergency Service in determining where to deploy its personnel.

Simon Oliver, Geoscience Australia’s Earth Observation Emergency Management Coordinator, states, “Sentinel-1 and other SAR capabilities on offer through the Copernicus Programme, have been invaluable in mapping the extent of the floods to ensure our emergency services are able to respond effectively to the disaster”.

Dr Michael Pulch, Ambassador, EU Delegation to Australia, adds, “The EU’s Copernicus Emergency Management Service supports crisis response around the world. The EU’s Emergency Response Coordination Centre rapidly responded to Australia’s request for assistance over the weekend, as it has done in the past for bushfire and flood emergencies. This open and free service relies on the Copernicus satellite constellations, which include satellites that can see through clouds with their radar imaging. These satellites cover areas that are not possible to get to on the ground, and mapped the extent of the floods in NSW and Queensland to help target State emergency services activities.”

Aerometrex Managing Director, Mark Deuter, says, “The scale of this disaster makes it extremely difficult to identify and assist individual people who have been affected on a case-by-case basis. The analytics our team generated, using flood extents from CEMS along-side MetroMap imagery and data sets from our partner, Geoscape, helped highlight properties and specific buildings that could potentially be impacted. This is an outstanding example of the power of geospatial insights and collaboration in assisting the reconstruction and recovery process, within days of receiving satellite data.”