Mozambique has some of the most climate-resilient coral ecosystems worldwide - and one of the world's most important reefs - Copernicus Sentinel-2 data are helping to assess where they are and what is happening to them over time. 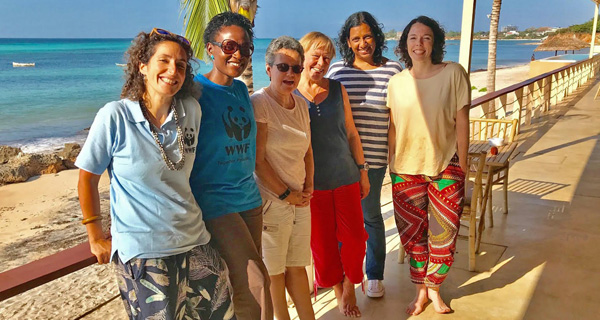 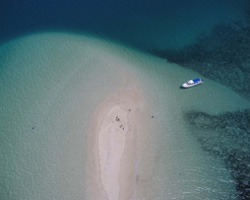 In 2002, WWF helped establish the Quirimbas National Park (now a UNESCO Biosphere Reserve) to protect 7500 sq. km of rich miombo forests (that include four of the "big five" species) as well as the neighbouring marine area, full of magnificent coral reefs, islands, mangroves and abundant marine life, including all five protected marine turtles.

Occupying less than one percent of the ocean floor, coral reefs are home to more than twenty-five percent of marine life. The corals are essential nurseries for extremely diverse aquatic life, supporting thousands of fish species and crabs, which feed more than a million people. These habitats are associated with mangroves, seagrasses, sponges, even endangered dugongs, turtles and whales.

But Quirimbas is also home to over 100,000 local residents, most of whom depend on fish, crab, octopus and other sea life for their diets and livelihoods - therefore needing a sustainable and well managed fishery, which includes designated sanctuaries and zoned fishing areas.

To manage the local resources for everyone, the WWF team used spatial data and maps, and partnered with the German aerospace centre (DLR) and the Foundation for Research and Technology – Hellas (FORTH) to apply new algorithms for processing Copernicus Sentinel-2 data. 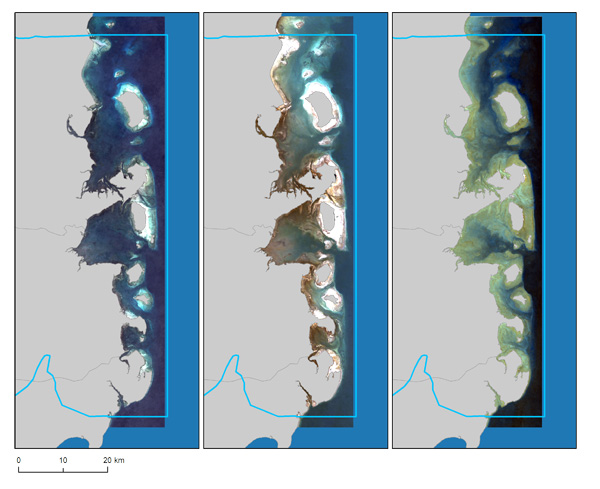 Owing to a fully open data policy promoted by the EU, and making space data available worldwide to citizens using most common internet connection tools, Aurélie and her team accessed data from the Sentinel-2 mission of the European Union's Copernicus Programme, to get multispectral satellite images of the Mozambican coastline. 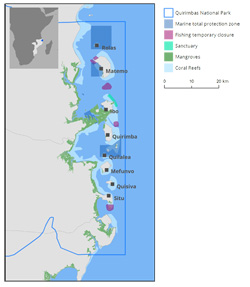 With some tweaking of the data (for instance, clearing up sunshine reflected by the water), they actually saw through the water column and observed what is growing or not on the sea floor. Nearby are countless green mangroves, corals and seagrasses, making for more complex and abundant fish communities.

In order to train their machine learning algorithms, Aurélie and the team worked with local fishermen, partners from the National Park, as well as students, to collect data using three different drones, mobile phones, hand-held depth finders, glass bottomed buckets and GoPros to see what was really going on.

This, together with data that are consistent and stable over time, like those from Copernicus Sentinel-2, allowed them to assess the area progressively and to map it, to support future zoning efforts, such as delineating temporary closures or no fishing zones.

The mission is based on a constellation of two identical satellites in the same orbit, 180° apart for optimal coverage and data delivery. Together they cover all Earth's land surfaces, large islands, inland and coastal waters, every five days at the equator.

Aurélie Shapiro, Remote Sensing Specialist at WWF Germany, states, "The improved spatial resolution of Copernicus Sentinel-2, along with the increased frequency of image collection compared to Landsat, has truly changed what is possible in terms of underwater mapping, particularly in tropical, cloudy regions like East Africa.

"We can combine enough images to make a cloud-free composite, and the data are really stable from year to year - which we hope to use to show bleaching or coral mortality," concluded Shapiro. 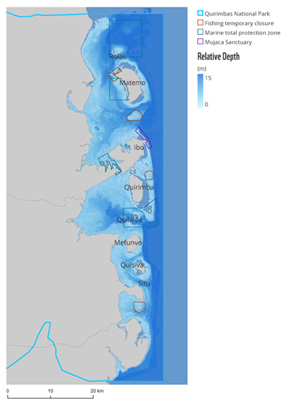 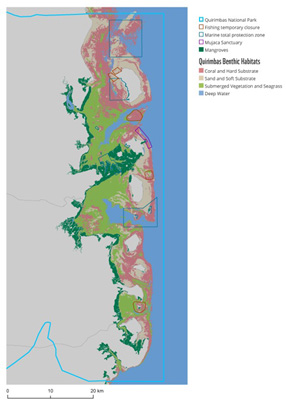