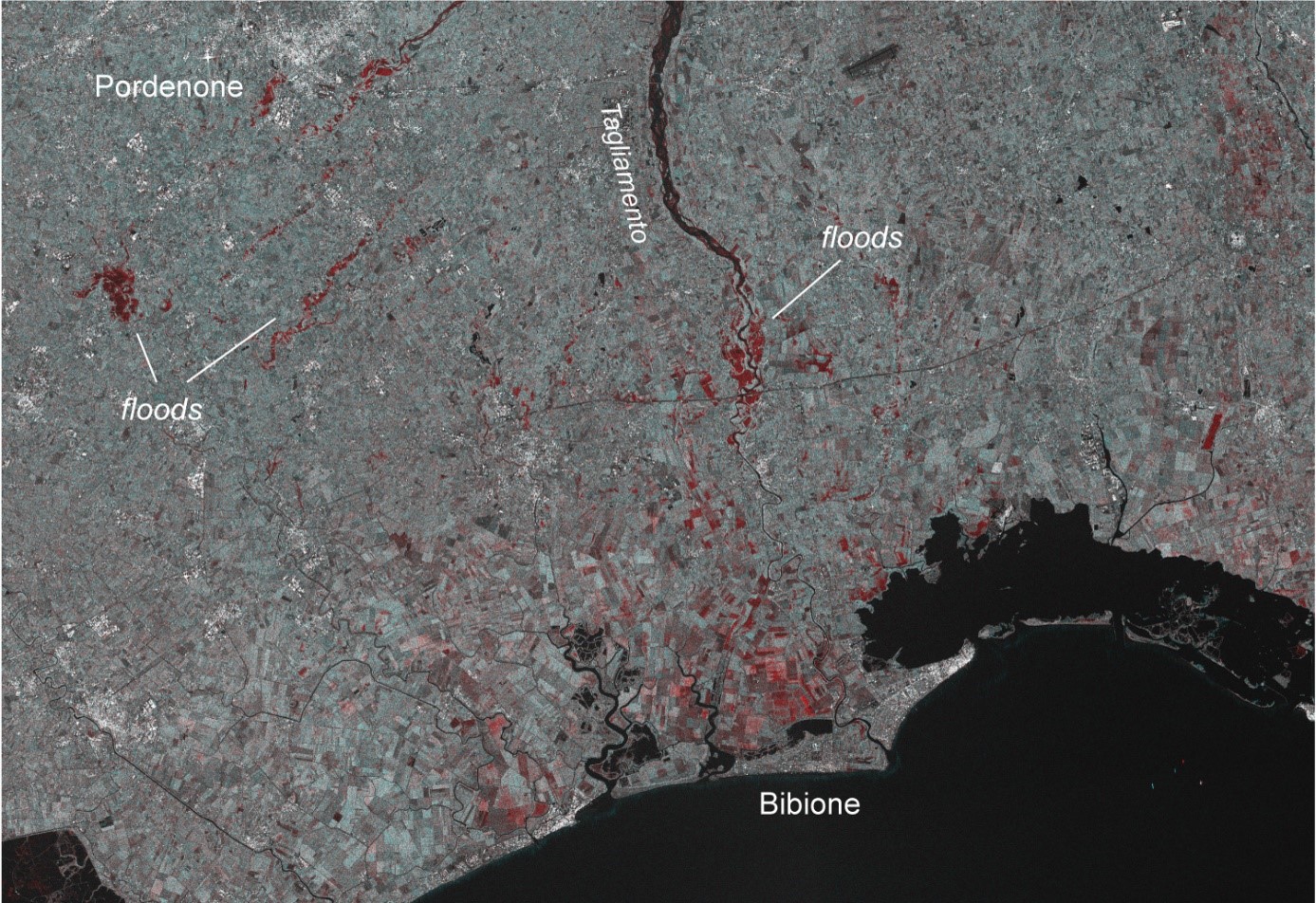 Italy has been victim of days-long flooding and high-tides, owing to the severe weather of the past weeks. Although forecasts do not promise an improvement just yet, the Copernicus Sentinels have teamed up to help monitor the situation.

From  mid-November Italy has experienced particularly large amounts of rain, or snow, respectively, in the Southern Alps, which led to wide-spread flooding in the lowlands between the Alps and the Mediterranean Sea.
In the Laguna of Venice, the situation was aggravated by southern winds (the so-called Scirocco wind coming in from the Sahara) that pressed additional water into the laguna, leading to record high water levels in and around Venice. 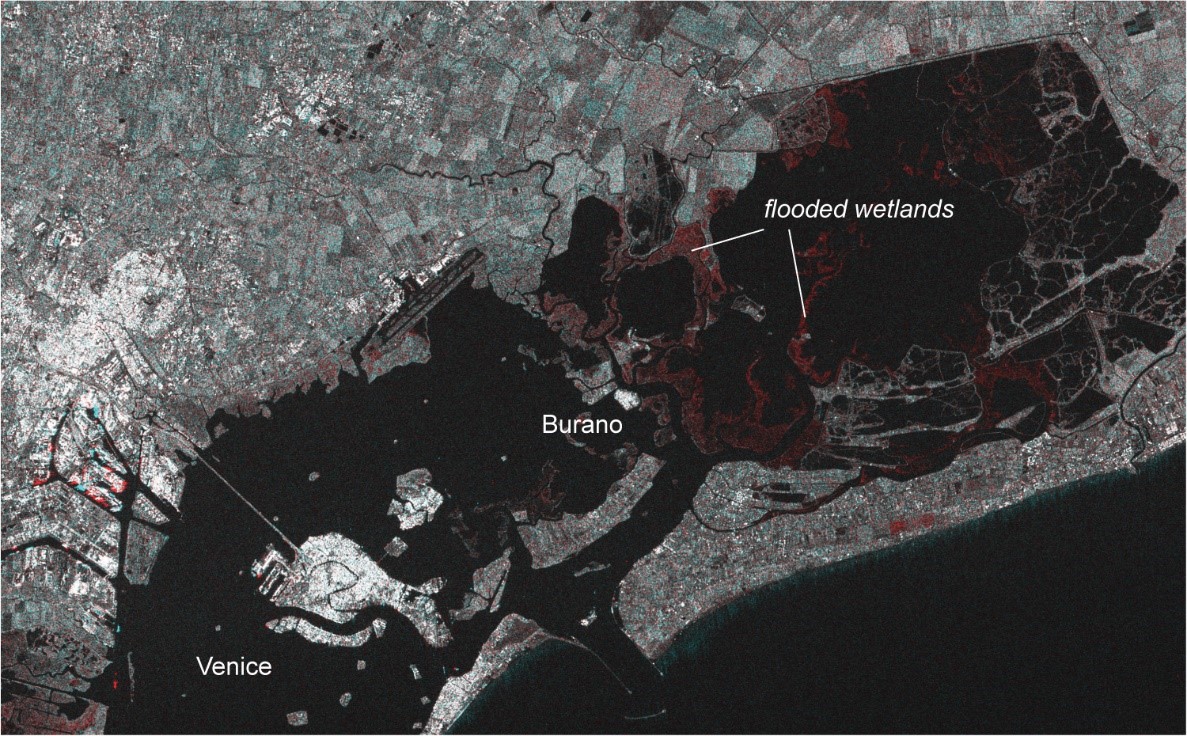 However, the two advanced radar instruments aboard the Sentinel-1A and Sentinel-1B satellites of the European Union's Copernicus programme penetrate through clouds and are able to provide data regardless of cloud cover and sun illumination. The reflection of radar waves on the ground (called backscatter) is particularly sensitive to humidity and water. This renders Copernicus Sentinel-1 a prime constellation of satellites to detect, map and monitor floods.

Researchers of the Department of Geosciences at the University of Oslo have compared Copernicus Sentinel-1 data from before (3, 5, and 9 October 2019) with those during the floods (of 15 and 17 October). They were thus able to detect the areas that were under water due to flooding. The rare cloud-free Copernicus Sentinel-2 data could not be used to map areas under water, but they did highlight the increasing water flow in the rivers.

"The combined Copernicus Sentinel-1 radar images show the flooded areas in red", explains Andreas Kääb,  from the University of Oslo. "Since radar satellites such as Copernicus Sentinel-1 observe Earth's surface from an oblique angle, meaning by looking from the side, they cannot see into the narrow streets of Venice to detect the devastating flooding that struck there. The radar signal is mainly dominated by backscatter from the buildings. However, the flooding in the laguna wetlands surrounding Venice becomes well visible in the combined Copernicus Sentinel-1 images, and is a good indicator of the exceptionally high water level in the laguna.