The main characteristics of Sentinel-5 instrument are:

Observation is performed over the complete sunlit (with respect to the sub-satellite point) part of the orbit while the instrument calibrations are done during the dark part of the orbit. The expected instrument operation is shown schematically in Figure 6. The five spectral chains of Sentinel-5 are shown in Figure 7 along with several key associated instrument performance requirements. 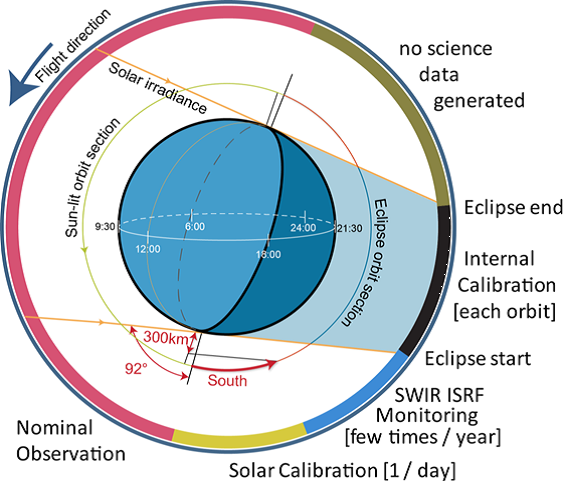 The Sentinel-5 Instrument comprises five spectral chains subdivided behind two co-aligned telescopes: one telescope for UV1 and SWIR-1 & -3 and one telescope for UV2VIS and NIR spectral channels. In nominal observation mode the telescopes provide free access to the earth field-of-view. Included in each of the telescopes optical path is a polarisation scrambler to reduce the instrument's sensitivity to the polarisation status of the observed scene. After each of the telescopes the converging light path is split into the spectral bands by means of dichroic mirrors and is imaged on slits for the spectral channels. Each of the five spectral bands is analysed in a dispersive spectrometer optics after which the spectrum is detected together with spatial across track information on a detector array. The spectrometer slits incorporate a new design to provide signal mixing in the along-track direction, providing signal spatial scrambling within each spatial pixel and thus reducing the instrument's sensitivity to inhomogeneous scenes. 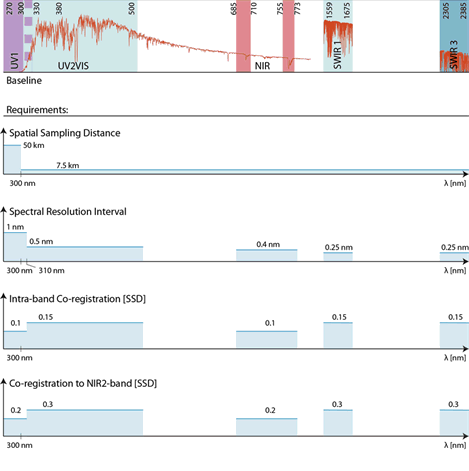 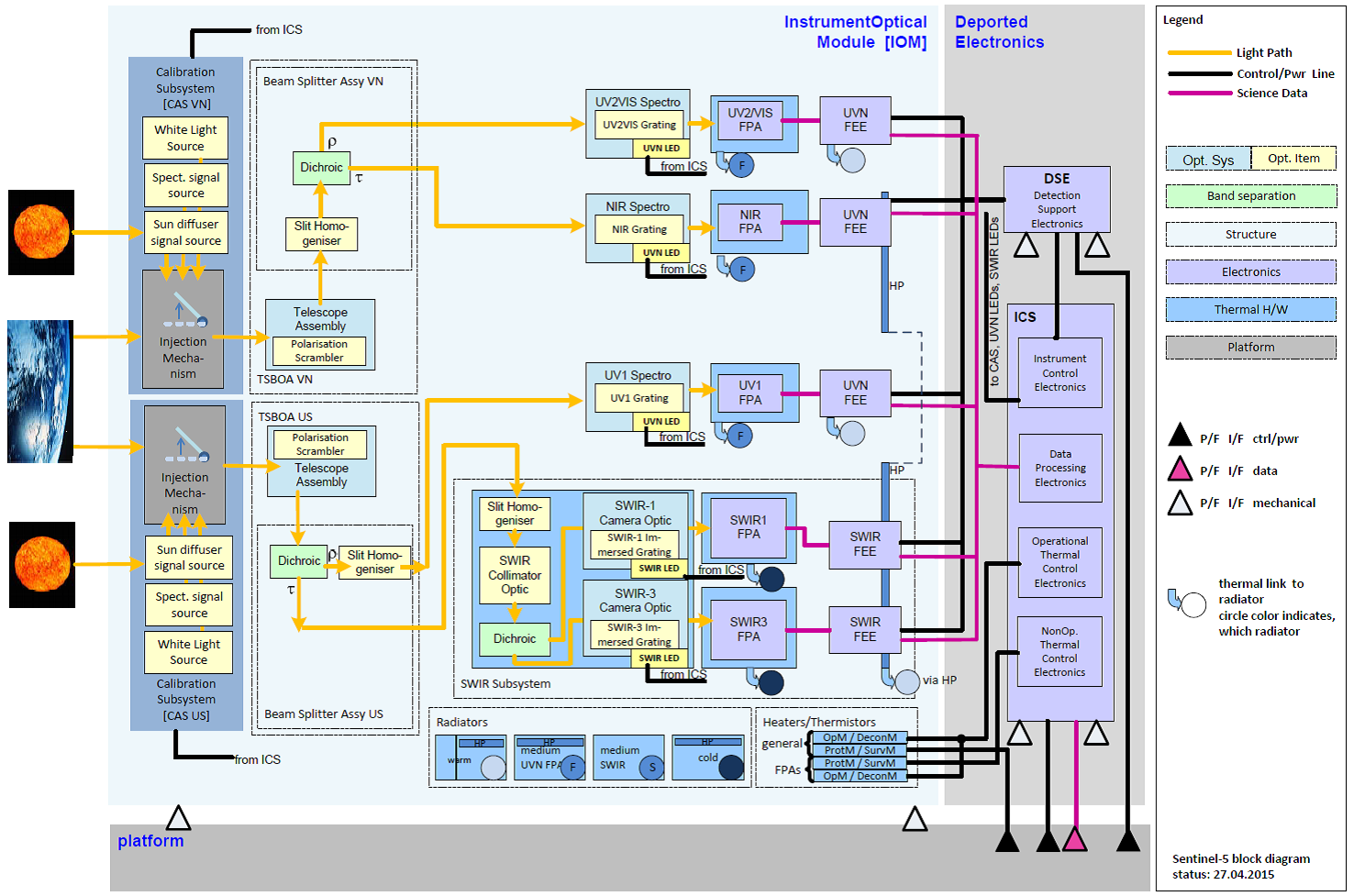 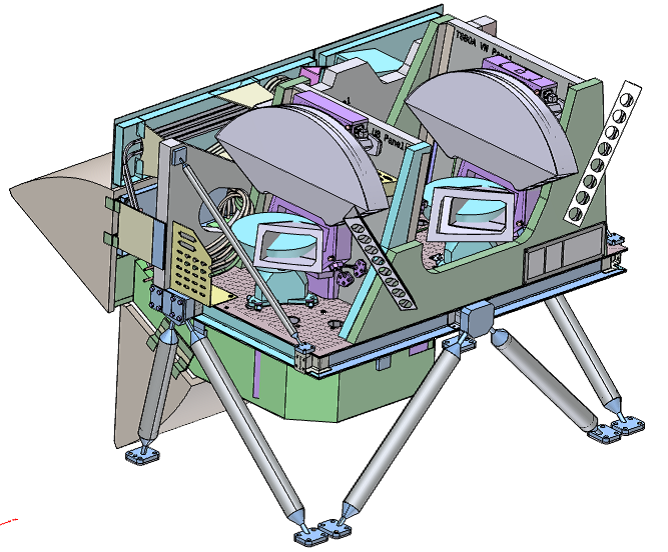