This scenario aims at fulfilling, during the routine exploitation phase, the observation requirements of the Copernicus services and of ESA/EU member states. In addition, on a best effort basis and with lower priority, a secondary objective is to satisfy other SAR user communities, ensuring continuity of ERS/Envisat, considering requirements from the scientific community, as well as from international partners and cooperation activities.

The high level Sentinel-1 observation strategy during full operations capacity is based on:

In exceptional cases only, emergency observation requests may alter the pre-defined observation scenario, potentially requiring the use of the Stripmap (SM) mode.

Over land, the same SAR polarisation scheme is systematically used over a given area, to guarantee time series of data in the same conditions for routine operational services and to allow frequent InSAR. Depending on the area, the selection is either vertical or horizontal, the choice being made according to the main application behind.

As a general principle, the polarisation scheme uses the following logic:

Please see the Sentinel High Level Operations Plan for specific details about the high level operations concept and strategy of the Sentinel missions.

See the archive for the full list of Sentinel-1 observation scenario maps dating back to the start of the Sentinel-1A operations ramp up phase (September 2014).

The end of mission of the Sentinel-1B satellite has been declared in July 2022.

An overview of the current Sentinel-1A observation plan in terms SAR mode, polarisation, observation geometry, revisit and coverage frequency, starting as of September 2022, is shown on the two maps below.

The Wave mode, continuously operated by default over open oceans, is not shown on these maps. 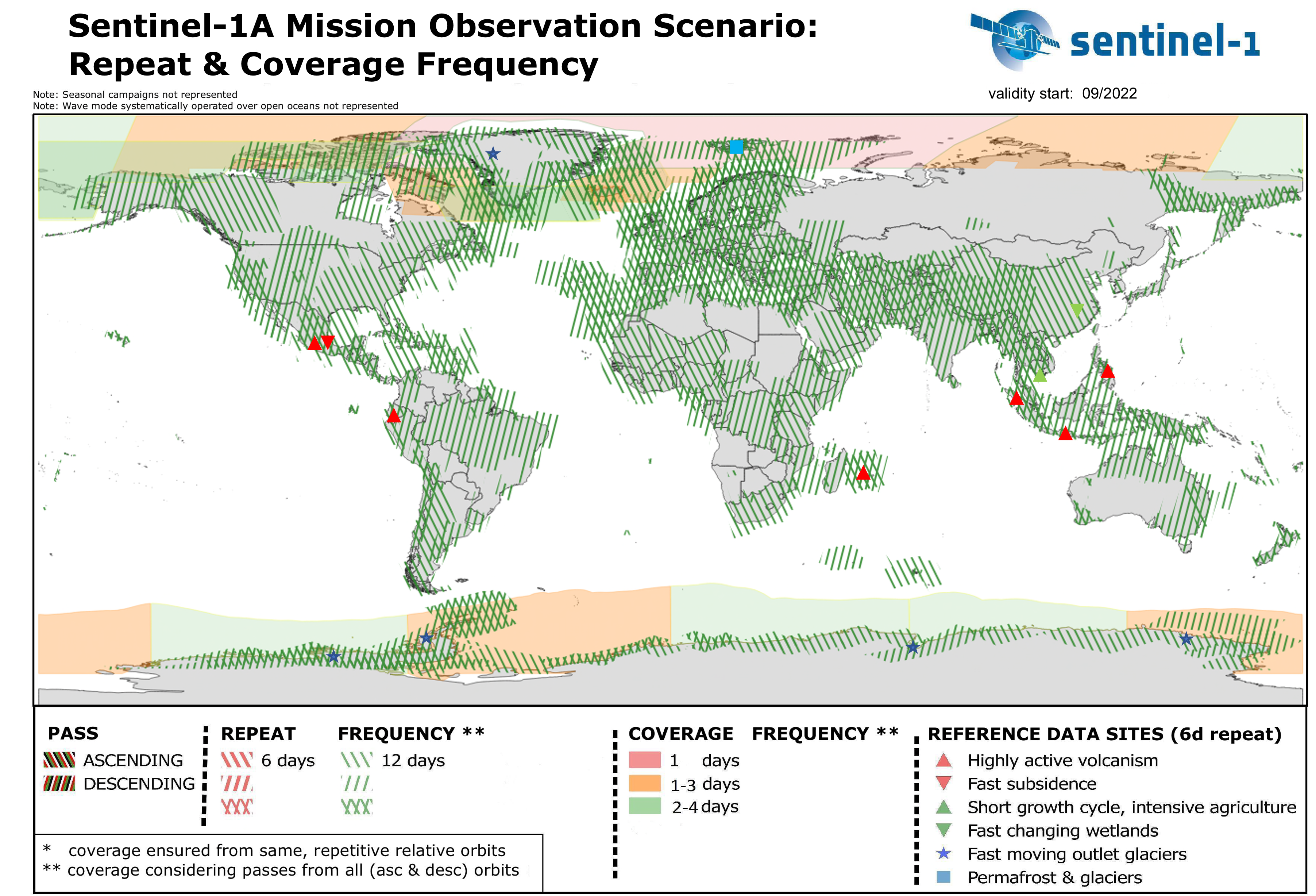 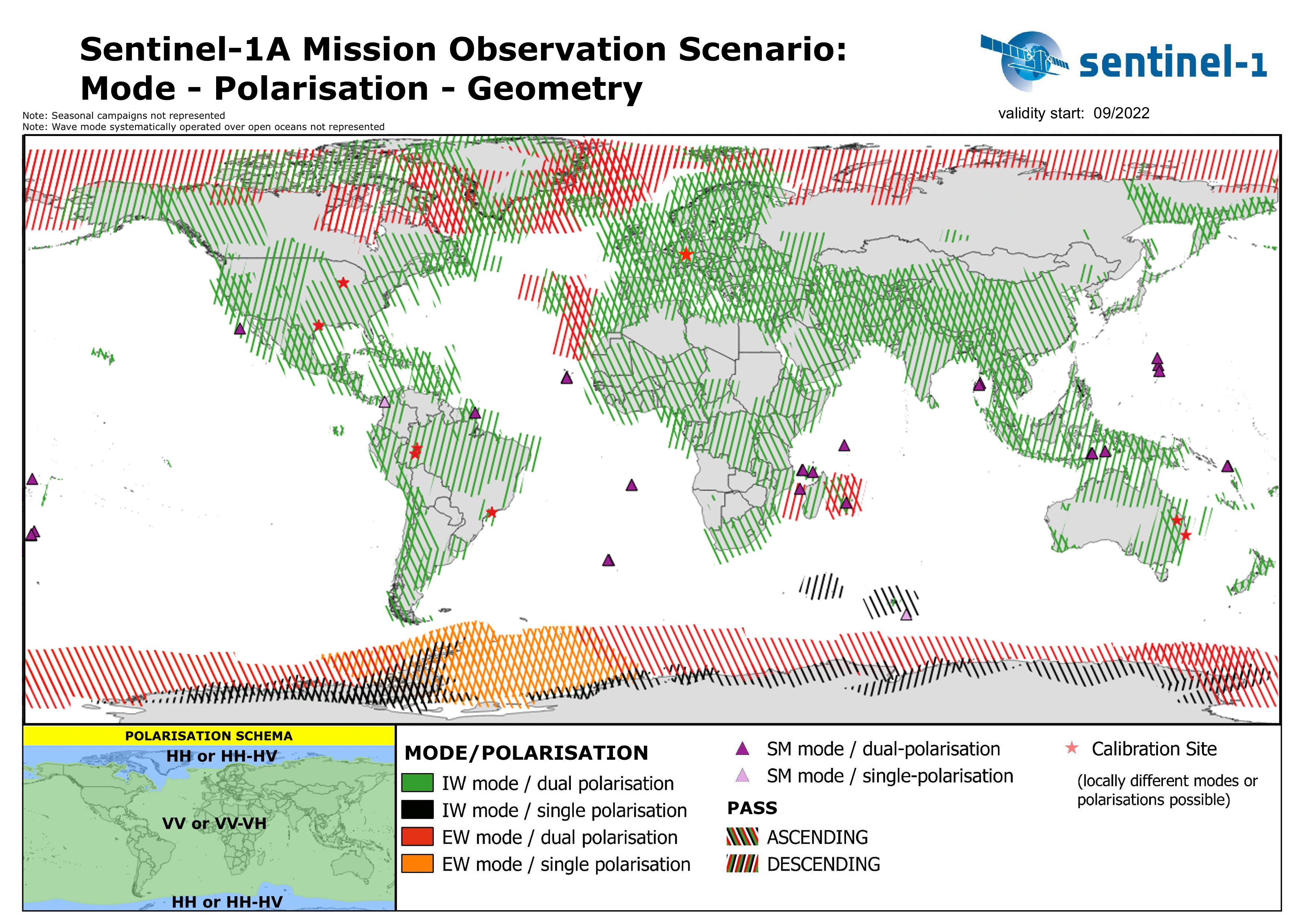 For information, the two maps below show an overview of the Sentinel-1 observation plan based on the observations of a 2-satellite constellation. 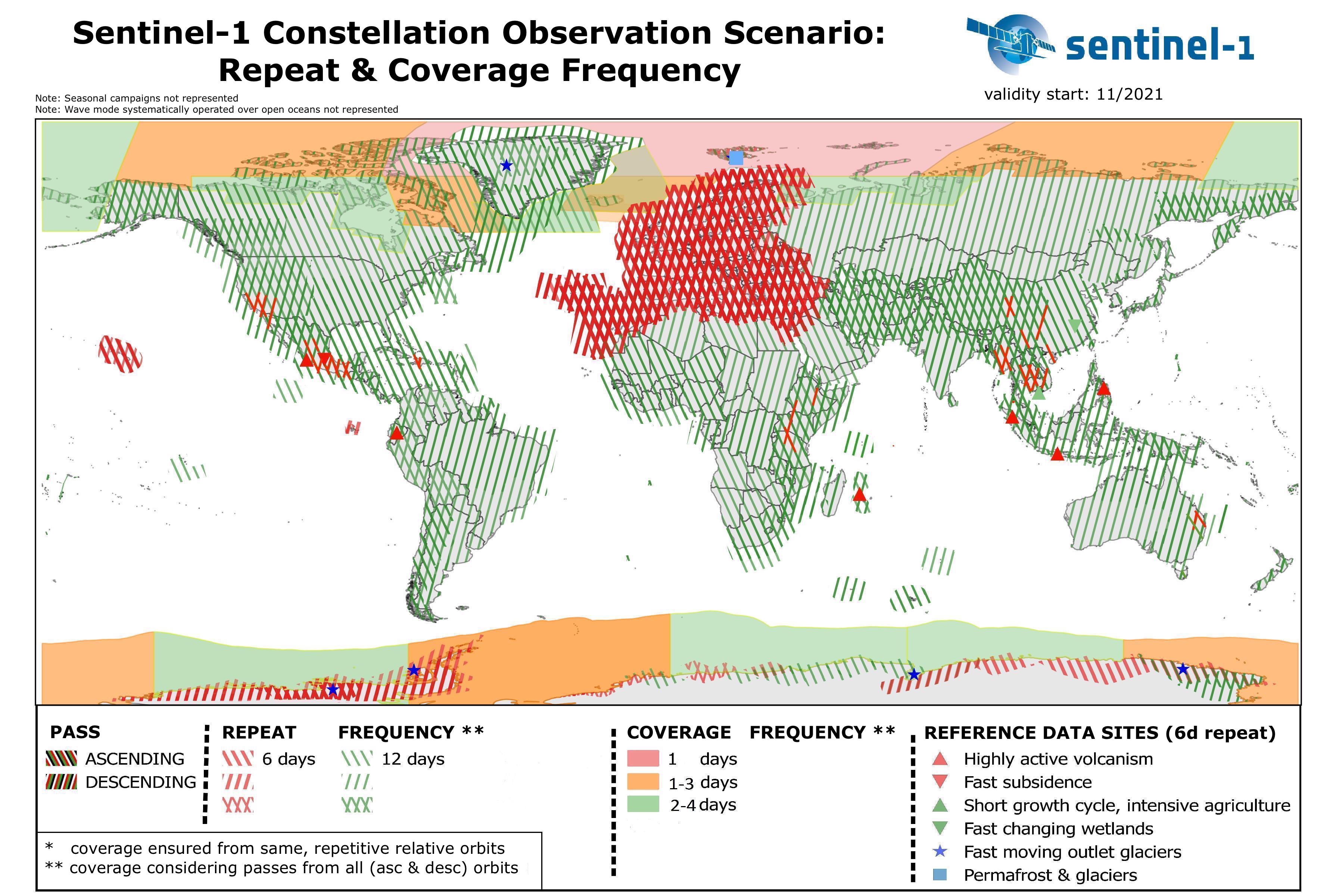 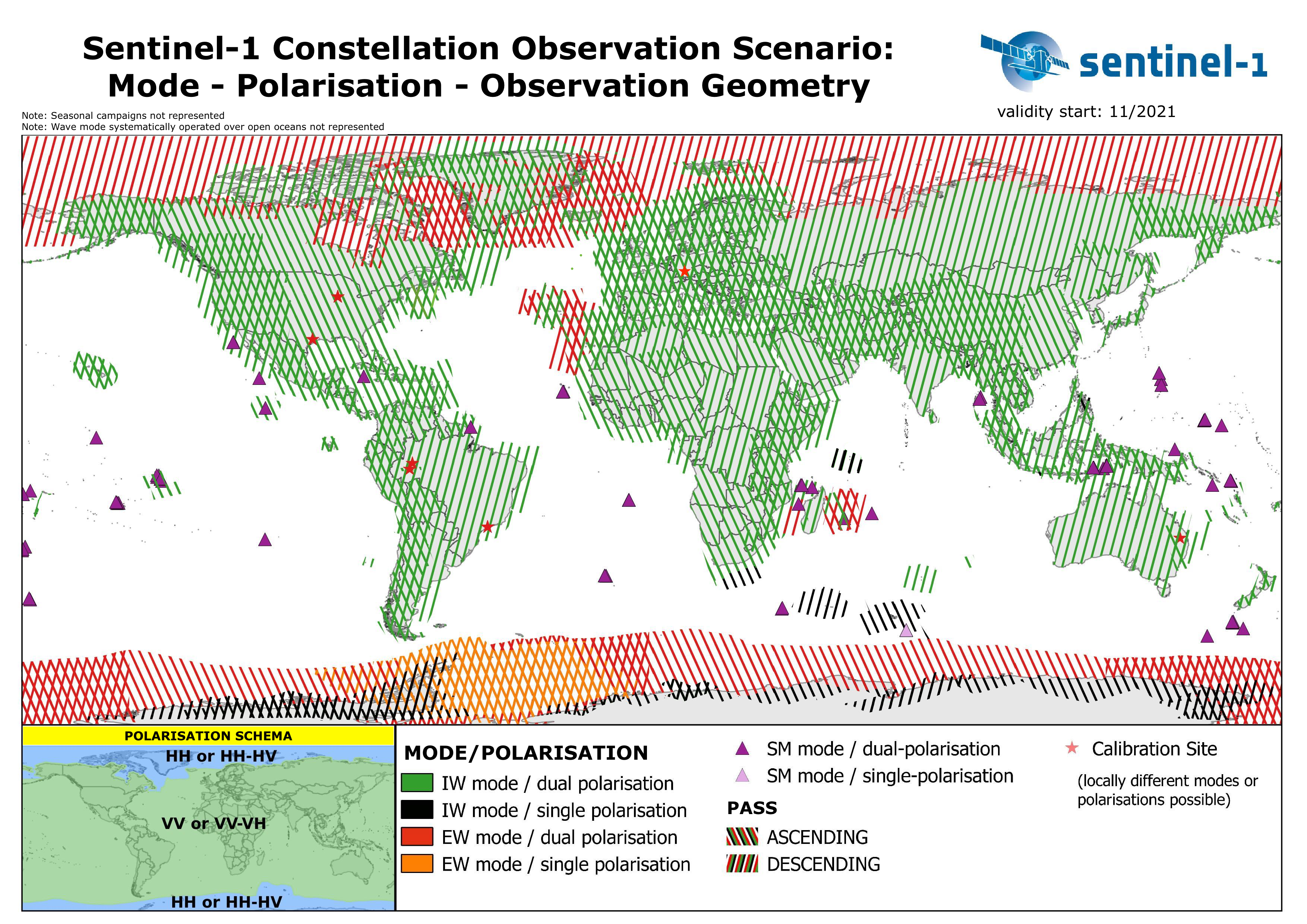