Within the framework of the showcase myECOSYSTEM of the H2020 e-shape project, improved Sentinel-2 snow cover data products could help support the management and the environmental assessment of selected Protected Areas. 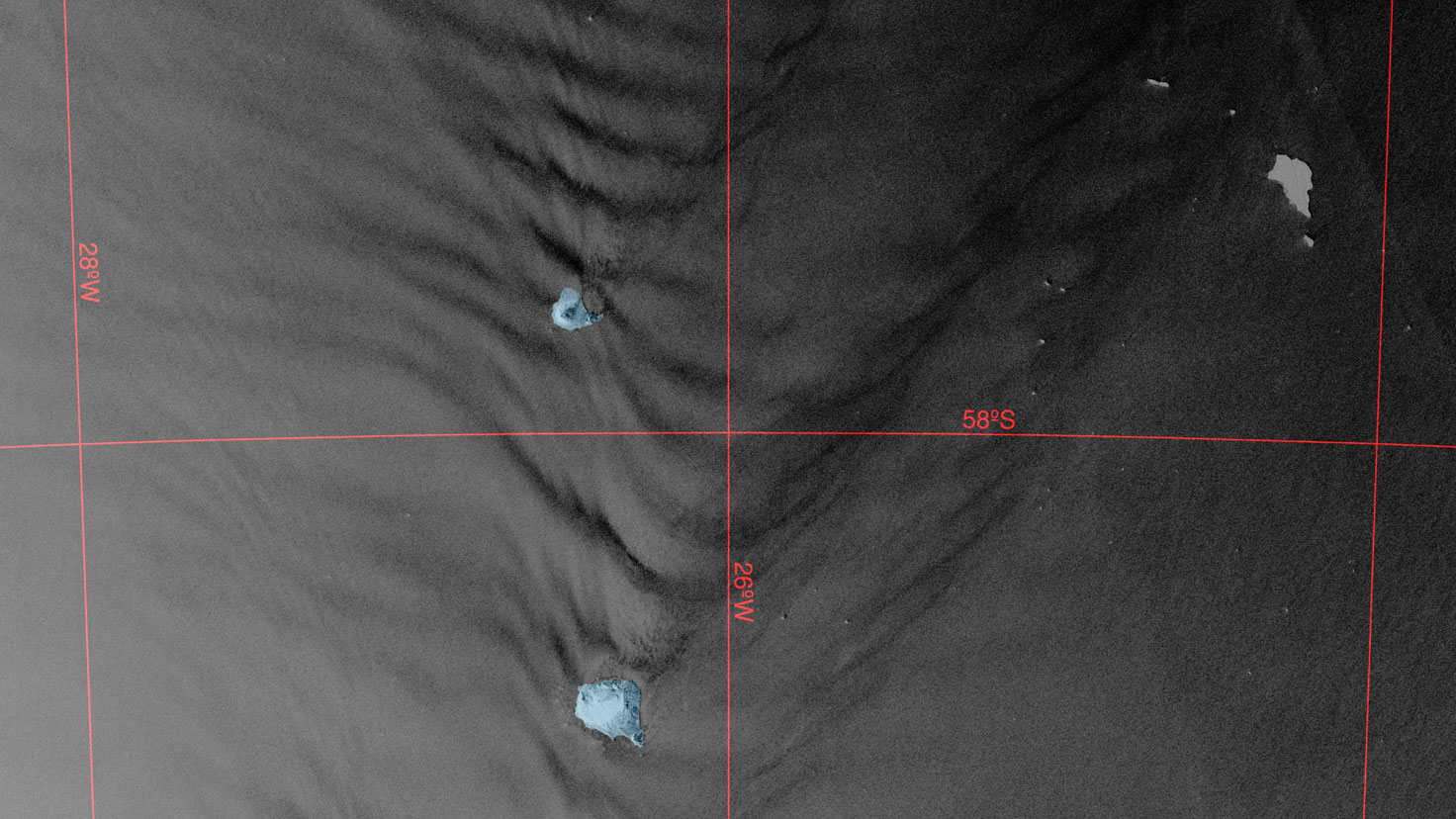 At the end of April, an iceberg with its longest axis of about 7.3 nm had been observed by Copernicus Sentinel-1 as it approached eastwards through the Scotia Sea, towards Saunders Island in the Southern Atlantic Ocean.

The drift of the iceberg was tracked since then, showing a rather surprising course. Both SAR and optical sensor images have presented interesting oceanographic and atmospheric phenomena, offering synchronous information over such large areas, which would not have been achieved by normal spot observations/measurements. 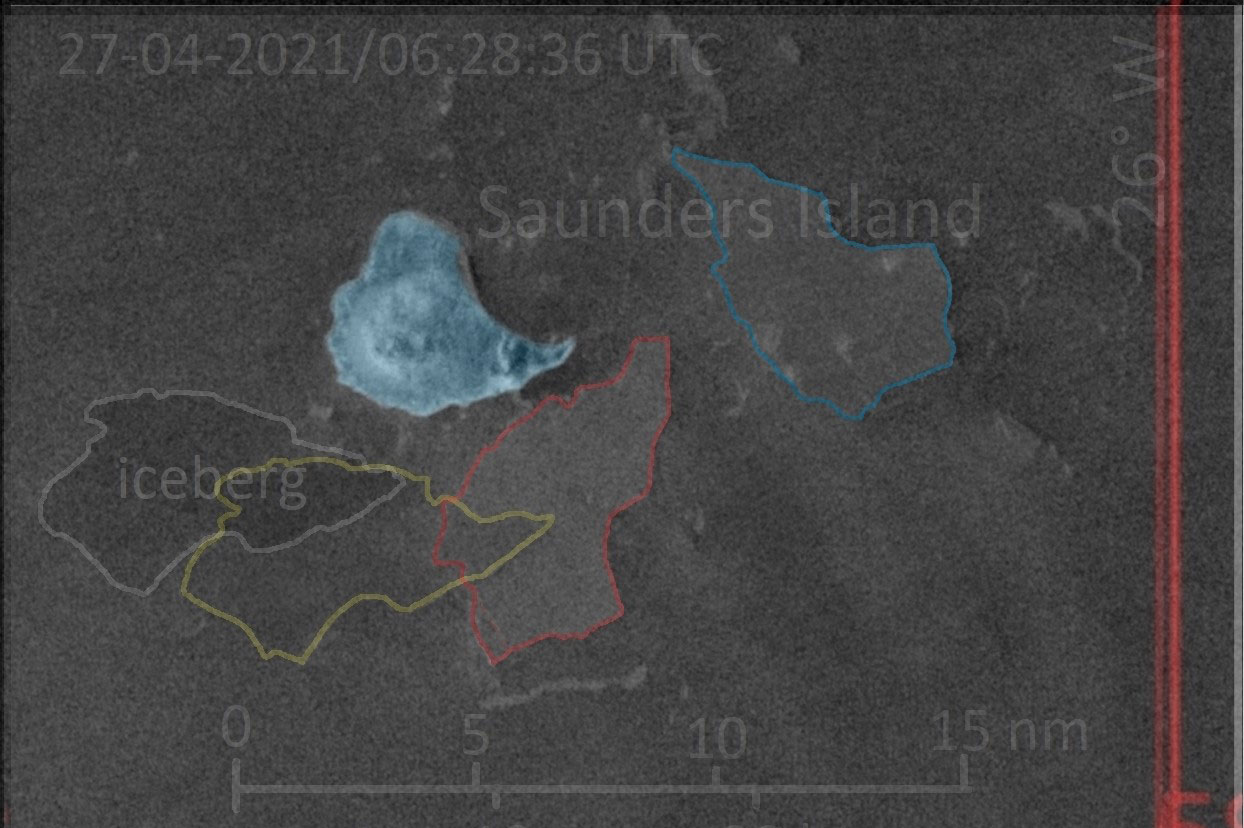 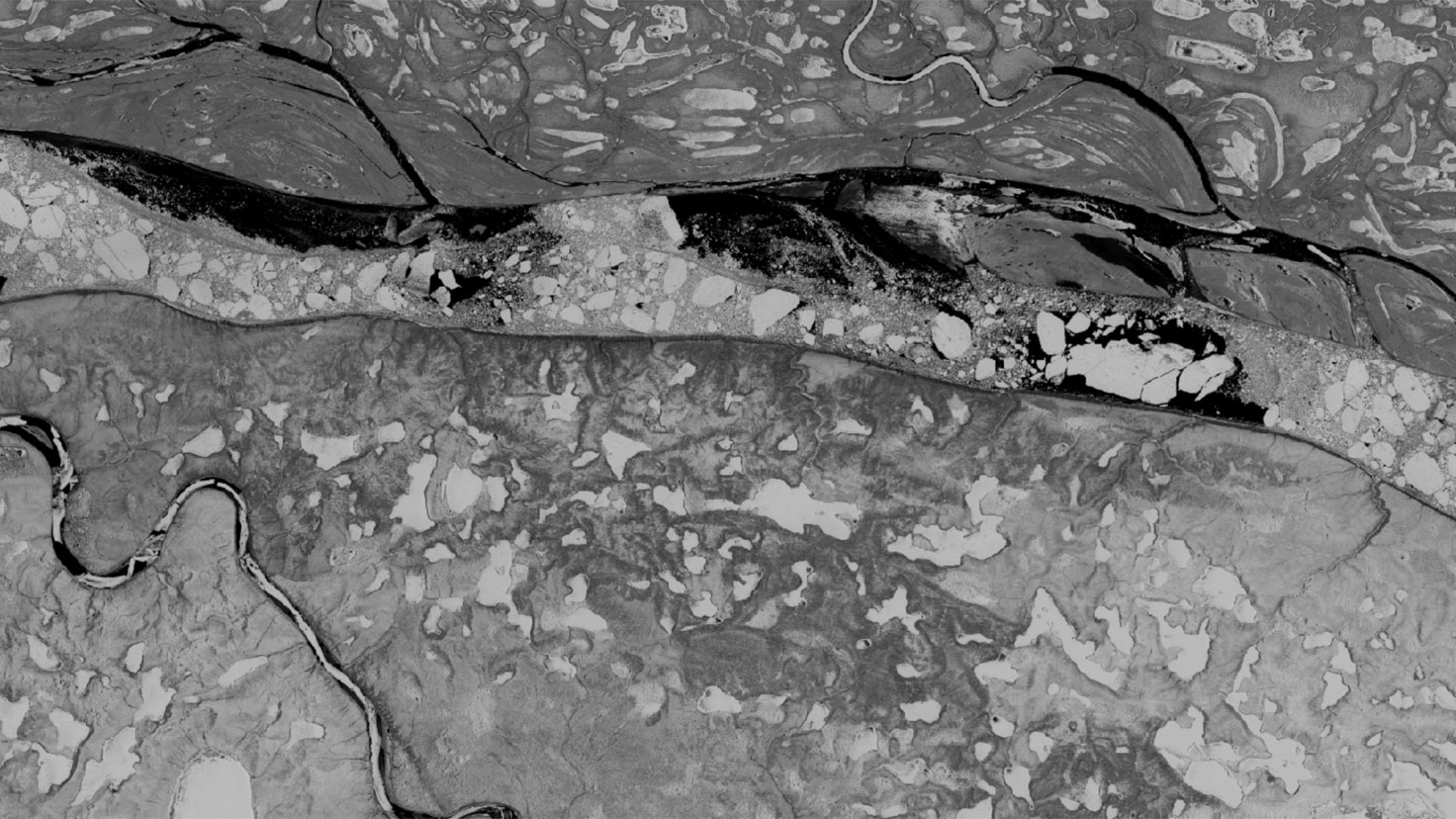 Researchers from the University of Oslo have applied a technique to extract the detailed flow field of Khumbu icefall in the Nepalese mountains, from a large collection of Copernicus Sentinel-2 data—thus enhancing the capabilities of these data towards a reliable and consistent glacier mapping instrument.

River ice jams are a prime source of flood risk in cold regions. This recently occurred in Alberta, Canada, where the flooding of Fort McMurray resulted in the evacuation of the downtown district and in extensive damage. Copernicus Sentinels are lending a hand to monitor river ice conditions before ice jams affect towns and cities.

Observations derived from Synthetic Aperture Radar imagery show that wave stresses—which can be highly variable—are important external forces on sea ice within a few hundred kilometres of the ice edge.

On 17 July and 21 September 2016, two unprecedented giant ice avalanches of 70 or 80 million m3, respectively, rushed down from two adjacent glaciers in Tibet with speeds of up to 300 km/h, over slopes as low as a few degrees.

Accurate characterisation of snow melting enables a better understanding of hydrological conditions. The Copernicus Sentinel-1 satellites can be used to provide such information in a timely fashion. They help to improve maps that show which areas are susceptible to increased water run-off, therefore contributing to flood risk management.

The Copernicus Sentinel-1A and -1B satellites have increased the number and quality of detections of icebergs in the waters around Greenland.

Sea ice is a rapidly changing phenomenon. Timely measurements over large areas, at high spatial and temporal resolutions, are fundamental for its surveillance.