Copernicus Sentinel-1 is supporting the emergency response to the most severe period of flooding northeast Bangladesh has encountered in more than a century.

Radar imagery from the mission was used to map the extent of the crisis, revealing vast swathes of the region inundated by floodwaters.

These data were made available through an activation of the International Charter on Space and Major Disasters, helping the humanitarian community and emergency workers provide relief to the millions of people who have been displaced from their homes.

Every year in June, people in the delta nation of Bangladesh ready themselves for the heavy rains that fall during monsoon season. In 2022, however, these downpours are proving to be far more intense than normal.

Torrential rainfall in mid-June caused major rivers in the districts of Sylhet and Sunamganj to swell to dangerously high levels. 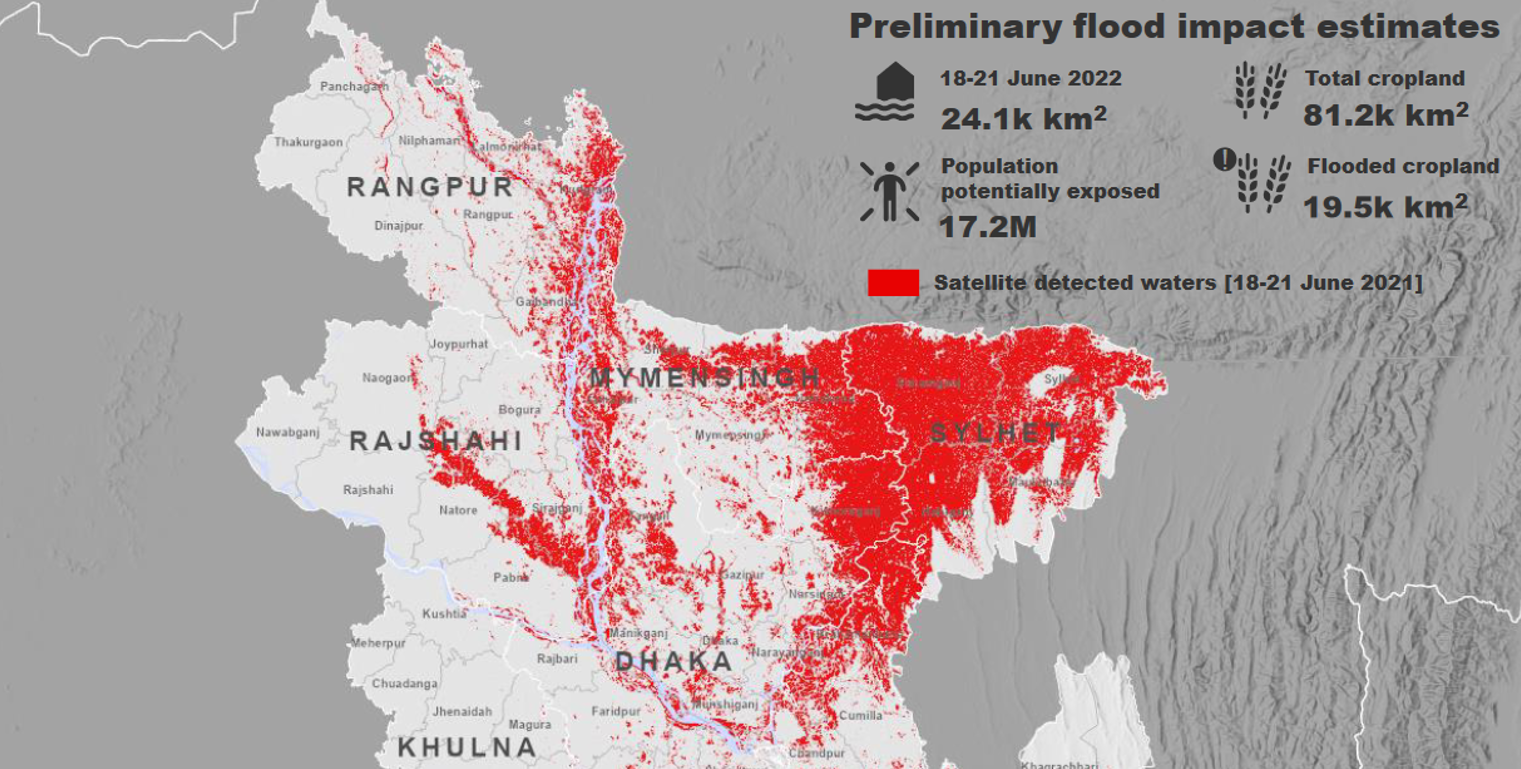 This caused low-lying lands through which they flow to be inundated, leaving huge numbers of people marooned, flooding farmland, and destroying transport links, communications and other vital infrastructure.

The extent of the flood was tracked by Sentinel-1 of the European Union’s Copernicus Programme, which carries a C-band synthetic aperture radar (SAR) instrument.

SAR has the advantage of using wavelengths that are not impeded by cloud cover or darkness, which means it can continue to acquire data during the day and night under all weather conditions. This, combined with the satellite’s rapid revisit capability, make it a powerful tool for flood monitoring.

Copernicus Sentinel-1 captured images over northeast Bangladesh that revealed how the extent of the flood changed over time. The presence of surface water was determined using an automated machine learning method. 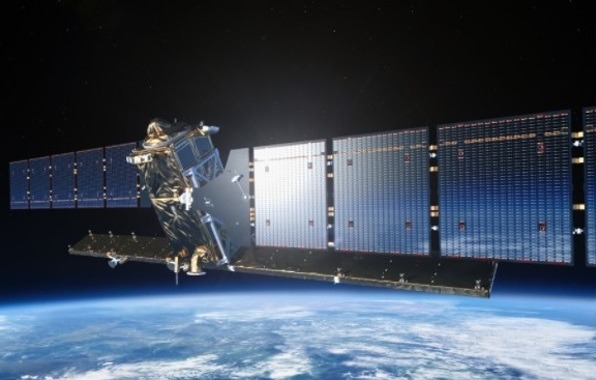 By 18 to 21 June, a total of 25 000 square kilometres of land was submerged, with the Sylhet, Mymensingh, Rajshahi and Rangpur divisions of the country being particularly impacted.

In addition, analysis that combined information on population distributions with the estimated surface water data suggested that more than 17 million people have been impacted by the floods.

As part of the charter activation, Copernicus Sentinel-1 data were used along with many other sources of information to build a comprehensive picture of the extent and impacts of the flooding.

The activation of the charter was managed by the UN Satellite Centre (UNOSAT), which is part of the UN Institute for Training and Research (UNITAR).

Pierre Potin, ESA’s Mission Manager for Copernicus Sentinel-1, says, “Thanks to the short-notice tasking capability and the efforts regularly provided by the mission planners, the Copernicus Sentinel-1 mission remains an asset for emergency management and flood monitoring, in particular. In this specific case however, all the Copernicus Sentinel-1A observations used in the frame of this Charter call were actually already planned as part of the standard plan, benefitting from the large-scale mapping capacity of the satellite.”

The Copernicus Emergency Management Service (CEMS) provides all operators involved in the management of Major Disasters, man-made emergency situations, and humanitarian crises with timely and accurate geo-spatial information derived from satellite remote sensing and completed by available in situ or open data sources.

The Copernicus Land Monitoring Service (CLMS) provides geographical information on land cover and its changes, land use, vegetation state, water cycle and Earth's surface energy variables, to a broad range of users in Europe and across the World in the field of environmental terrestrial applications. It supports applications in a variety of domains such as spatial and urban planning, forest management, water management, agriculture and food security, nature conservation and restoration, rural development, ecosystem accounting and mitigation/adaptation to climate change.