The calibration activities include the delivery of Cyclic Monitoring Reports summarising the assessment of the SRAL altimeter instrument. The performance of the instrument is assessed by monitoring the instrument calibration modes CAL1, CAL2 and AUTOCAL, as well as its temperatures on-board. Each report covers a cyclic period of 27 days and the details of each Sentinel-3A orbital cycle are available.

The CAL1 time delay is the main range instrumental correction impacting the determination of the Sea Surface Height. The CAL2 waveforms are used to compensate the effect of the system transfer function distortions on the science echoes. The figures below display CAL1 time delay for Ku-Band and CAL2 waveforms over the last period and since June 2016 respectively.

The passes on cycles 13 and 21 (08/08/2017) have not been analysed because the transponder was not switched on due to extreme climate conditions.

The below figures present the results from the TRP passes processing. The range bias is computed as measured minus theoretical. The results show a positive measured range, 7.92 mm larger than expected (elevation 7.92 mm shorter than expected), and a datation bias of -165.01 microseconds, both extracted from the minimisation of the RMS between theoretical and measured series, and from the stack misalignment estimation. They also show a ~0.84 mm stack noise.

The regression line in the first shows a drift of 3.18 mm/year, but it has a very low significance. 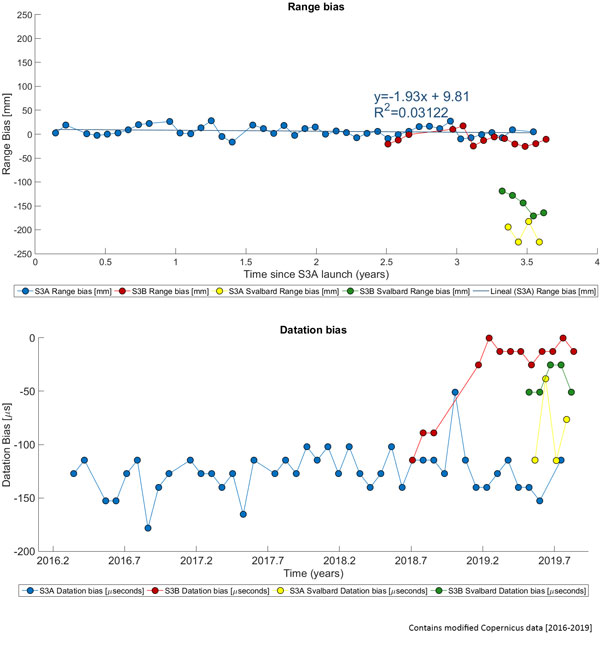 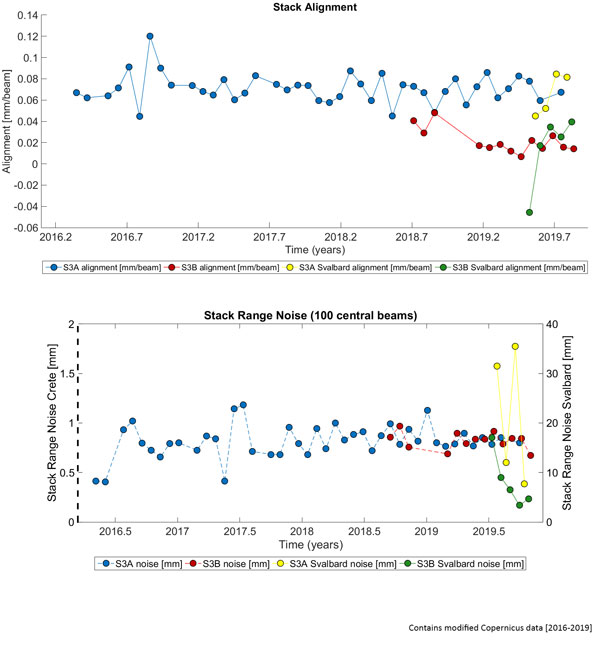