The Sentinel core ground segment allows all Copernicus Sentinel data to be systematically acquired, processed and distributed. It includes elements for monitoring and controlling the Sentinel satellites and for downloading, processing and disseminating data to users. It also has mechanisms for monitoring and controlling the quality of data products, as well as for data archiving. The infrastructure is 'distributed', meaning that various centres are in different locations but are linked and coordinated. Despite the complexity of the system, users are offered a single virtual access point for locating and downloading products.

The main facilities of the Sentinel-5P core ground segment are: 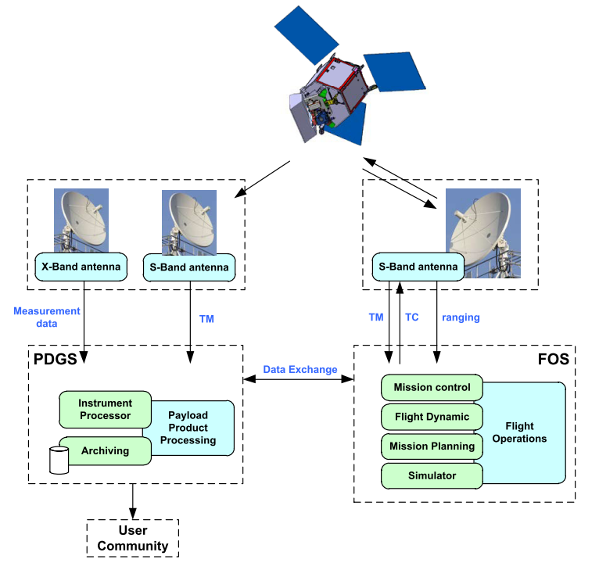 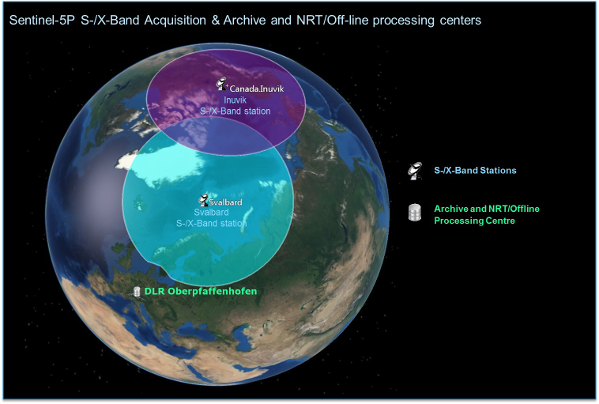