The SENTINEL-3 user products are disseminated in Product Dissemination Units (PDU), in order to ease the online dissemination and data handling for the users.

The PDU is a portion of data and is defined per product type. Three kinds of PDU are defined for SENTINEL-3 products: "frame", "stripe" (see Figure 1) and "tile". 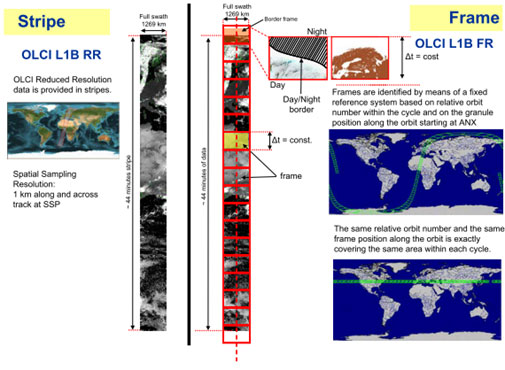 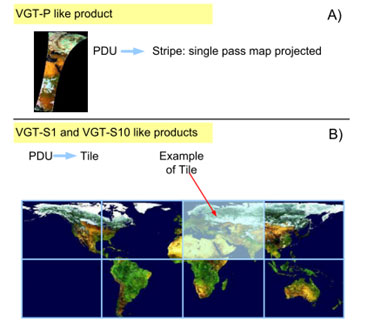