The Flight Operation Segment (FOS) is responsible for command and control of the satellite and is operated from ESA’s European Space Operations Centre (ESOC) in Darmstadt, Germany. 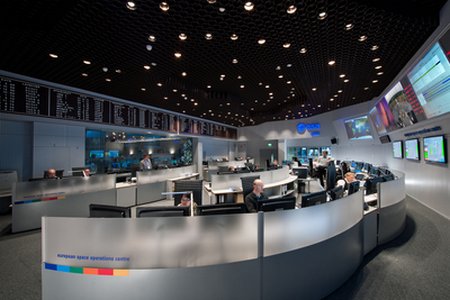 The FOS consists of the Ground Station and Communications Network, Flight Operations Control Centre and a General Purpose Communication Network.

The FOS provides the capability to monitor and control the satellite during all mission phases including the Flight Dynamics System facility responsible for orbit determination and prediction, and for the generation of attitude and orbit control telecommands.

Processing housekeeping telemetry, providing information about the status of all spacecraft subsystems and attitude.

Taking control actions by means of telecommands, based on the spacecraft monitoring and following the mission plan.

Integrating software images received from the spacecraft manufacturer (pre-launch and post-launch) into the telecommand process.

Communicating (TM/TC) with one satellite at a time.