Sentinel-1 is in a near-polar, sun-synchronous orbit with a 12 day repeat cycle and 175 orbits per cycle for a single satellite. Both Sentinel-1A and Sentinel-1B share the same orbit plane with a 180° orbital phasing difference. With both satellites operating, the repeat cycle is six days. 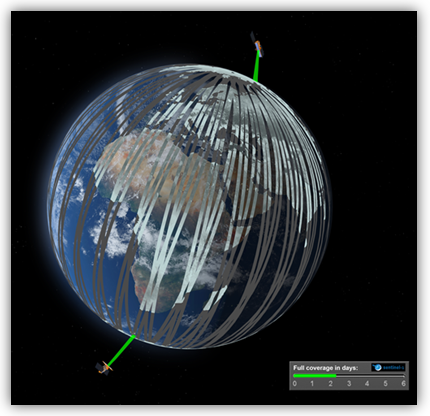 In particular for interferometry, Sentinel-1 requires stringent orbit control. Satellite positioning along the orbit must be accurate, with pointing and timing/synchronisation between interferometric pairs. Orbit positioning control for Sentinel-1 is defined using an orbital Earth fixed "tube", 50 m (RMS) wide in radius, around a nominal operational path. The satellite is kept inside this "tube" for most of its operational lifetime. 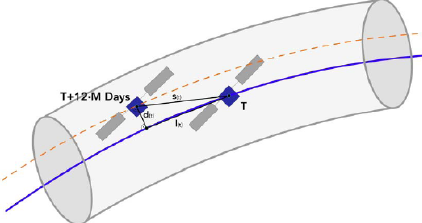 The following table contains a summary of useful orbital information for Sentinel-1A and –1B: