A freely accessible remote sensing analysis platform whose user base has continued to expand since its launch 2014 is expected to reach one million downloads during this week’s Living Planet Symposium, according to the ESA engineers that oversee the tool’s operation and development.

This comes as they finalise an updated version of the virtual tool, slated for release next week.

The continued success of ESA’s Sentinel Applications Platform – or SNAP as it is more commonly known – demonstrates the agency’s drive to accelerate the provision of open-access remote-sensing information and processing tools to the growing global community of data users.

It also incorporates data from ESA Earth Explorer missions, such as the SMOS satellite, as well as several Third Party missions that are operated by international partners.

By enabling people to explore this information, SNAP facilitates cutting-edge scientific research, education and training activities, and the development of a wide range of operational applications.

A wide variety of user communities now benefit from the tool, including academia, Earth observation service providers, and industries that rely on remote sensing data.

SNAP’s easy-to-use features means that it is accessible to people with little experience of coding and programming, as well as experts in data analysis.

It includes an accessible graphical user interface and can also be operated from the command line, meaning that it can be used anywhere – from laptops to data centres.

The platform is subdivided into modules, which can be modified and improved with new functionality created by third-party developers, in the form of Java or Python plugins, or standalone tools that can be called from within SNAP. 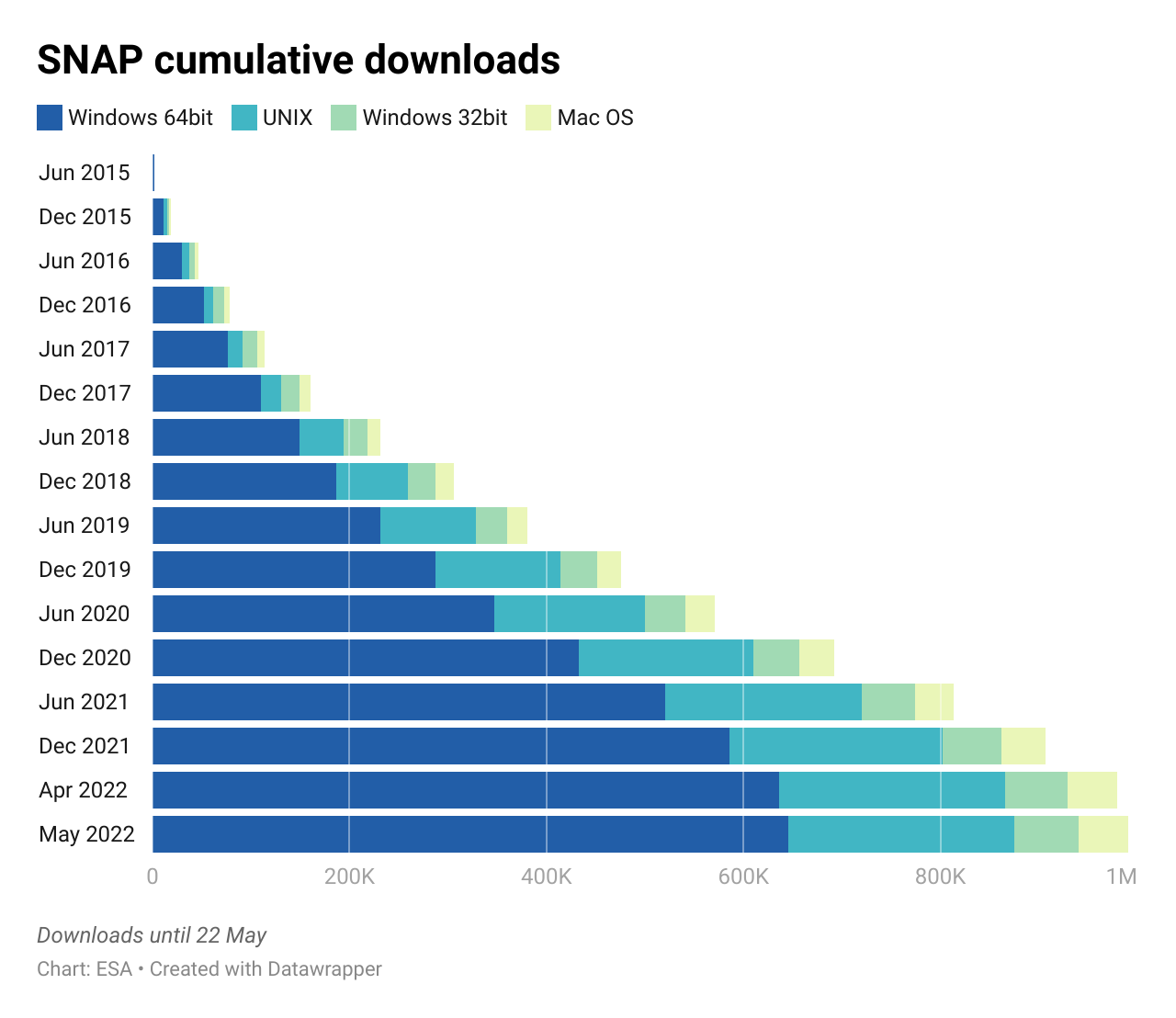 SNAP includes many tools that can be applied to process data from multiple missions, enabling image band math and segmentation, as well as geometric operations like image collocation and mosaicking.

The origins of the tool can be traced back to the early 2000s, and SNAP itself was created in 2014. Since then, ESA has worked to ensure that SNAP is continually maintained and improved to meet the needs of its expanding user base.

The new version of the tool which is set for release next week – called SNAP 9.0 – contains a multitude of new functions, as well bug fixes, and usability and performance enhancements.

SNAP and other ESA toolboxes can be accessed via the Science Toolbox Exploitation Platform (STEP) website, which also hosts the SNAP discussion forum with more than 10 000 registered users, as well as documentation, tutorials, third-party plugins.