Just four days after being lofted into orbit, Europe's Sentinel-2A satellite delivered its first images of Earth, offering a glimpse of the 'colour vision' that it will provide for the Copernicus environmental monitoring programme.

With a swath width of 290 km, the satellite's first acquisition began in Sweden and made a strip-like observation through central Europe and the Mediterranean, ending in Algeria.

The data were relayed in real time to Italy's Matera ground station, where teams eagerly awaited their arrival for processing.

While northern and central Europe was mostly cloudy, Italy's typical sunny weather allowed the teams to get their first glimpse of the multispectral instrument's capabilities over the northwestern part of the country and the French Riviera - and they were excited by what they saw. With a ground resolution of 10 m per pixel, the images show individual buildings in Milan, agricultural plots along the Po River, and ports along the southern French coast.

"This new satellite will be a game changer in Earth observation for Europe and for the European Copernicus programme," said Philippe Brunet, Director for Space Policy, Copernicus and Defence at the European Commission. 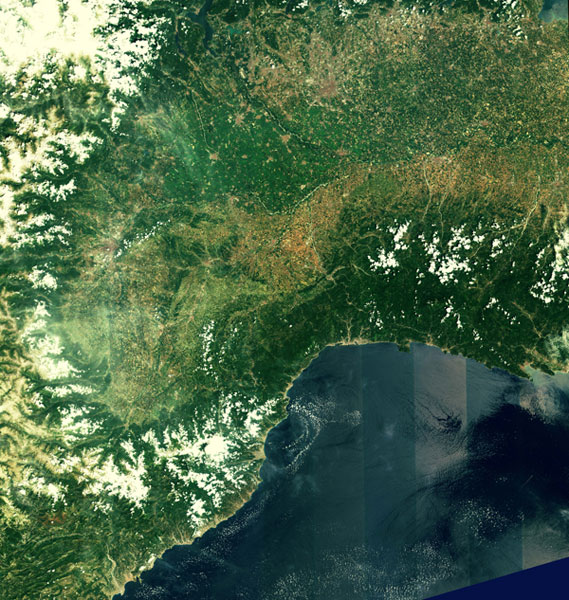