This image of Romania - with the political borders in red - is a mosaic of 15 scans by Sentinel-1A's radar in October and November.

The scans were acquired in 'dual polarisation' horizontal and vertical radar pulses, from which the artificial colour composite was generated.

The Carpathian mountains sweep down from the north and across the centre of the country.

Romania is home to the largest area of virgin forests in Europe, most of them in the Carpathians. These forests are home to brown bears, wolves and other animals, and many thermal and mineral springs can be found in the foothills.

ESA is developing, under the SEOM program element, free and open source toolboxes, for the scientific exploitation of the Sentinel missions. The toolboxes are also widely used for training next generation scientists to the scientific exploitation of Sentinel data. This mosaic of Romania has been assembled from Sentinel-1 standard products available via the Science Hub and post processed (i.e. calibration, dual pol composition and geocoding) using the Sentinel-1 toolbox freely available on Sentinel Online. 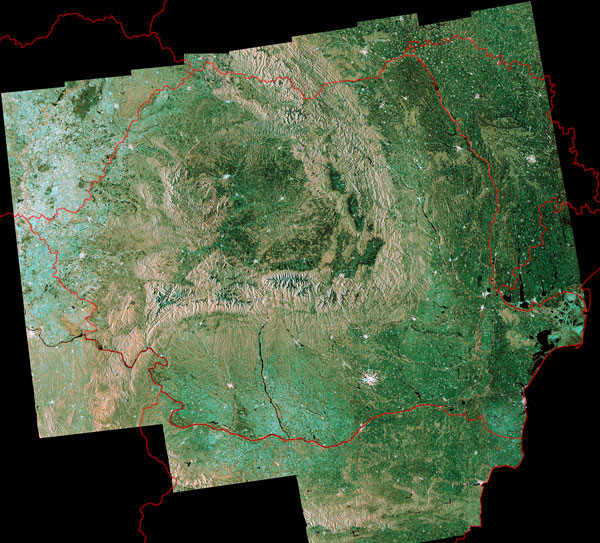