Today we are interviewing Dr. Jan Kucera of the Joint Research Centre (JRC), who can provide insights on how data of the Copernicus Sentinel satellites are improving emergency services.

The JRC is the European Commission's science and knowledge service, which employs scientists to carry out research in order to provide independent scientific advice and support to EU policy.

The Joint Research Centre is technically and administratively managing the Copernicus Emergency Management Service (EMS), which provides information for emergency response in relation to different types of disasters. These include meteorological hazards, geophysical hazards, deliberate and accidental man-made disasters and other humanitarian disasters, as well as prevention, preparedness, response and recovery activities.

The Copernicus EMS and its Mapping Service has been fully operational since 2012, with the Early Warning Systems for floods and forest fires joining EMS in 2014.

ESA: Dr Kucera, could you please briefly explain just how EMS works, in terms of the satellite data being used?

The Rapid Mapping does not map every disaster, it has to be activated for specific disasters by the authorised user. As soon as the service is activated, the suitable satellites (both commercial and Sentinels) are tasked for the affected areas. They are further processed for delineation and damage grading maps and other geographic layers. The images are provided within the framework of the Copernicus Space Component Data Access (CSCDA) via the Rapid Emergency Activation for Copernicus Tasking service (REACT), under the responsibility of ESA . The maps are available on the public EMS-dedicated portal.

ESA: Is there a particular case where the Sentinel satellites actually helped to manage an emergency better?

Kucera: Until now the Sentinel-1 images have been mostly used for flood monitoring and the Sentinel-2 for forest fire damage assessment. In most cases, Sentinel data are an additional useful source of imagery. They are of reliable quality and are supplied swiftly, if the satellites cover the disaster-affected area, and they remain very useful to depict disasters.

ESA: Are there ever occasions when satellite images are combined?

Kucera: This is in fact the case of the majority of the service activations. The typical scenario is that the imagery from various sensors, coming from both commercial and non-commercial (for example Sentinel satellites) are combined together.

ESA: What is the most successful example where one of the Sentinel satellites really improved an emergency service?

Kucera: Among the recent service activations, the one which relied solely on Sentinel-2 was the forest fires case in Sicily, in June 2016. The imagery was practically cloud-free and the image resolution was detailed enough to provide post-fire damage assessment. In this case, it was not necessary to task additional commercial satellites, because Sentinel-2 was perfectly suitable for the task.

ESA: What are the difficulties you are faced with in using satellite data?

Kucera: For optical satellites the main difficulty remains cloud coverage over the affected areas, which makes the damage assessment impossible. Furthermore, for some disaster damage assessments (for example earthquake damage on buildings) even the sub-metre imagery does not provide sufficient detail to reliably assess the damage.

For satellites equipped with Synthetic Aperture Radar (SAR) such as Sentinel-1, which can provide imagery regardless of weather conditions (they operate in the microwave part of the electromagnetic spectrum), the main difficulty in rapid mapping is their utilisation only for limited types of disasters. In the case of EMS for floods, for which Sentinel-1 imagery has been used many times since its launch in 2014, as recently to map the floods created by Hurricane Matthew in the United States.

For other events (like forest fires, windstorms) the utilisation of SAR data in emergency mode is rarer, due to the limited capability to depict these events. However, they can still provide interesting information about the disasters in non-emergency mode. For example, Sentinel-1 can be used for interferometric measurements of ground displacements and for indication of fault lines due to earthquakes. This was recently demonstrated with the earthquake in central Italy.

Dr. Jan Kucera has been at JRC since 2004. He received his Master's Degree in Civil Engineering from the Czech Technical University in Prague, and a PhD in 2002 from the University of Tokyo (Japan) in the field of geoinformatics. During the PhD programme, he focused on the monitoring of forest fires in Far East Asia, using multitemporal remote sensing images. 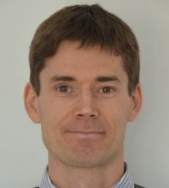 Since 2010 he has been one of the members of the JRC team, which set up the Emergency Management Service of the Copernicus Programme.

Since 2014 he has been in charge of the technical and administrative management of Copernicus EMS – Rapid Mapping, a service which provides fast damage assessment of natural and man-made disasters using satellite imagery. He is also the representative of the JRC at the International Working Group on satellite based Emergency Mapping (IWG-SEM), where he promotes standards for better collaboration during natural disasters.