The identification and location of groundwater‐dependent ecosystems are the first move in protecting and managing them. Such identifications are challenging where the surface signs of groundwater are not obvious. Copernicus Sentinel-2 data are lending a hand in establishing these ecosystems.

Groundwater‐dependent ecosystems (GDEs) provide multiple ecosystem services for humankind and are globally at risk due to unsustainable groundwater extraction and climate change.

The development of cost‐effective methods to identify and locate GDEs and to systematically characterise their dependence on groundwater is an important step for their conservation and management.

The Ziziphus lotus arborescent matorral in south‐east Spain, is a priority conservation habitat in the European Union (Habitat Code 5220*, Directive 92/43/EEC), which is currently highly threatened and in decline. 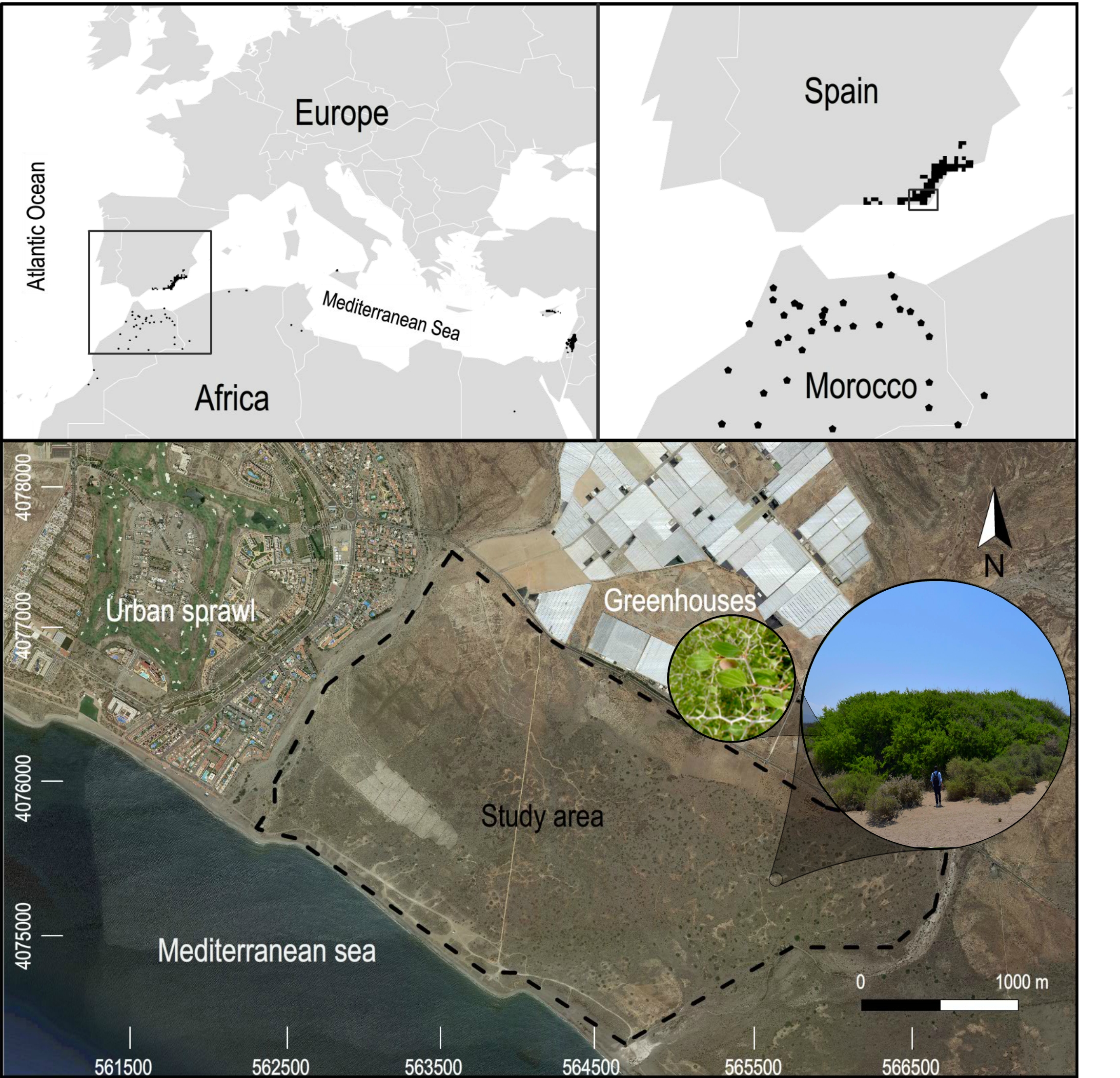 This ecosystem is one of the few terrestrial GDEs in European drylands. Changes in the quantity, quality, and distribution of groundwater affect GDEs especially in drylands. In Spain, Ziziphus shrublands can be affected by the decline in water levels due to the overexploitation of groundwater, as well as from its direct fragmentation by agricultural and urban sprawl.

A research performed by scientists at the Universities of Almería and Granada, in Spain, proposed the use of remote sensing methods to map the spatial distributions of shrubs and fractures as a means to identify GDEs in drylands.

Their guiding hypothesis was that groundwater dependence could be revealed through the spatial association between the distributions of shrubs and bedrock fractures that would facilitate shrubs' access to groundwater.

To infer the dependence of vegetation on groundwater, they assessed the association between the spatial distributions of Ziziphus lotus and fractures in a semiarid plain where there is no surface evidence of groundwater. For this, they first mapped the shrubs using object‐based image analysis (OBIA) of very high‐resolution orthoimages, and they also mapped the fracture zones, using digital elevation models derived from light detection and ranging (lidar). Then, they proved the spatial overlap between the two maps. 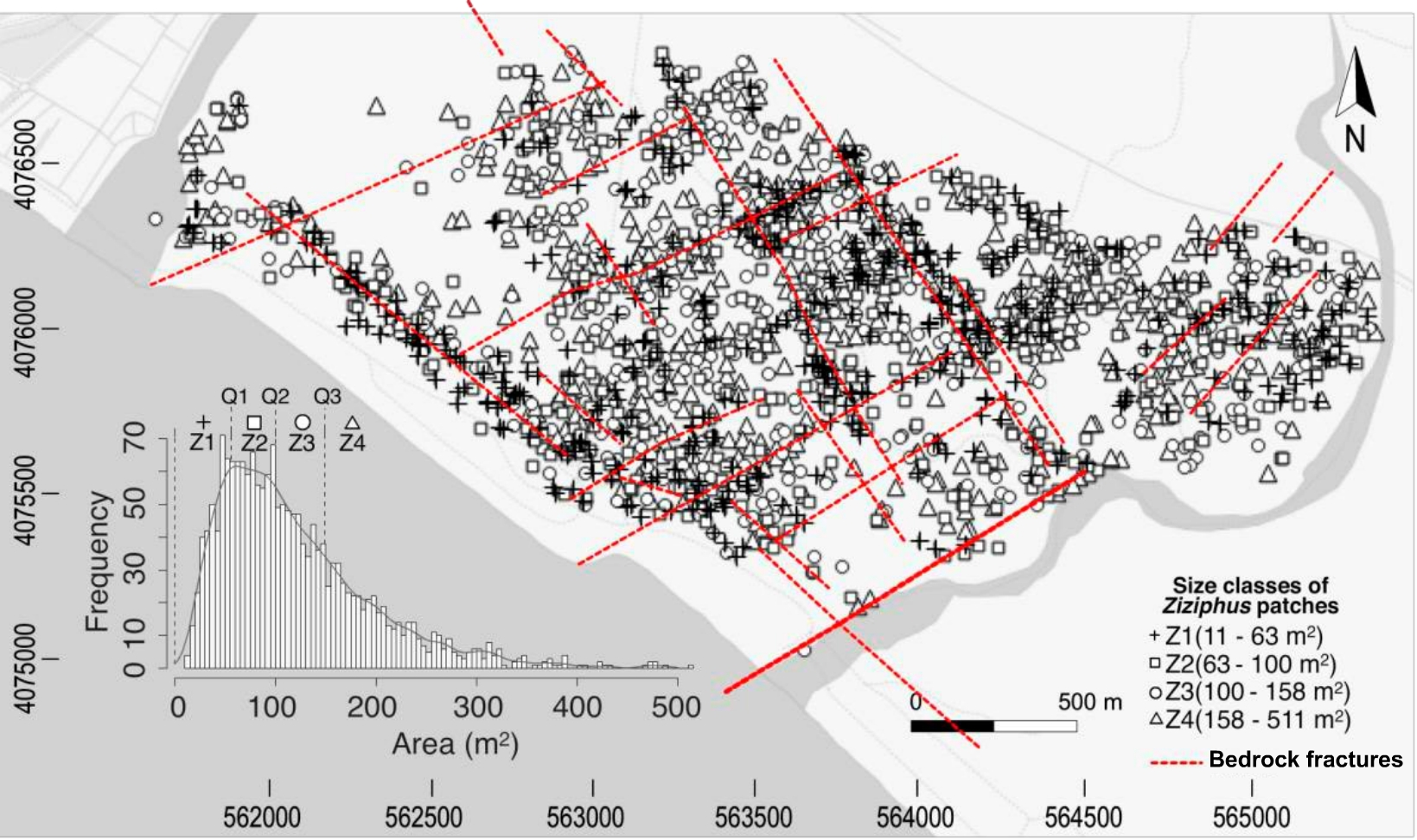 To further confirm the dependence of vegetation on groundwater, they used data from the Sentinel-2 satellites of the European Union's Copernicus Programme, using the Normalized Difference Vegetation Index (NDVI) to compare the seasonal dynamics of the photosynthetic activity of Ziziphus lotus shrubs, with their surrounding non-phreatophytic vegetation.

Copernicus Sentinel-2 NDVI revealed how Ziziphus managed to maintain high levels of greenness during the Mediterranean summer drought, compared to the surrounding browning senescent vegetation that did not access groundwater and, hence, was subjected to the severe soil water deficit, thus becoming brown (Guirado et al., 2018). 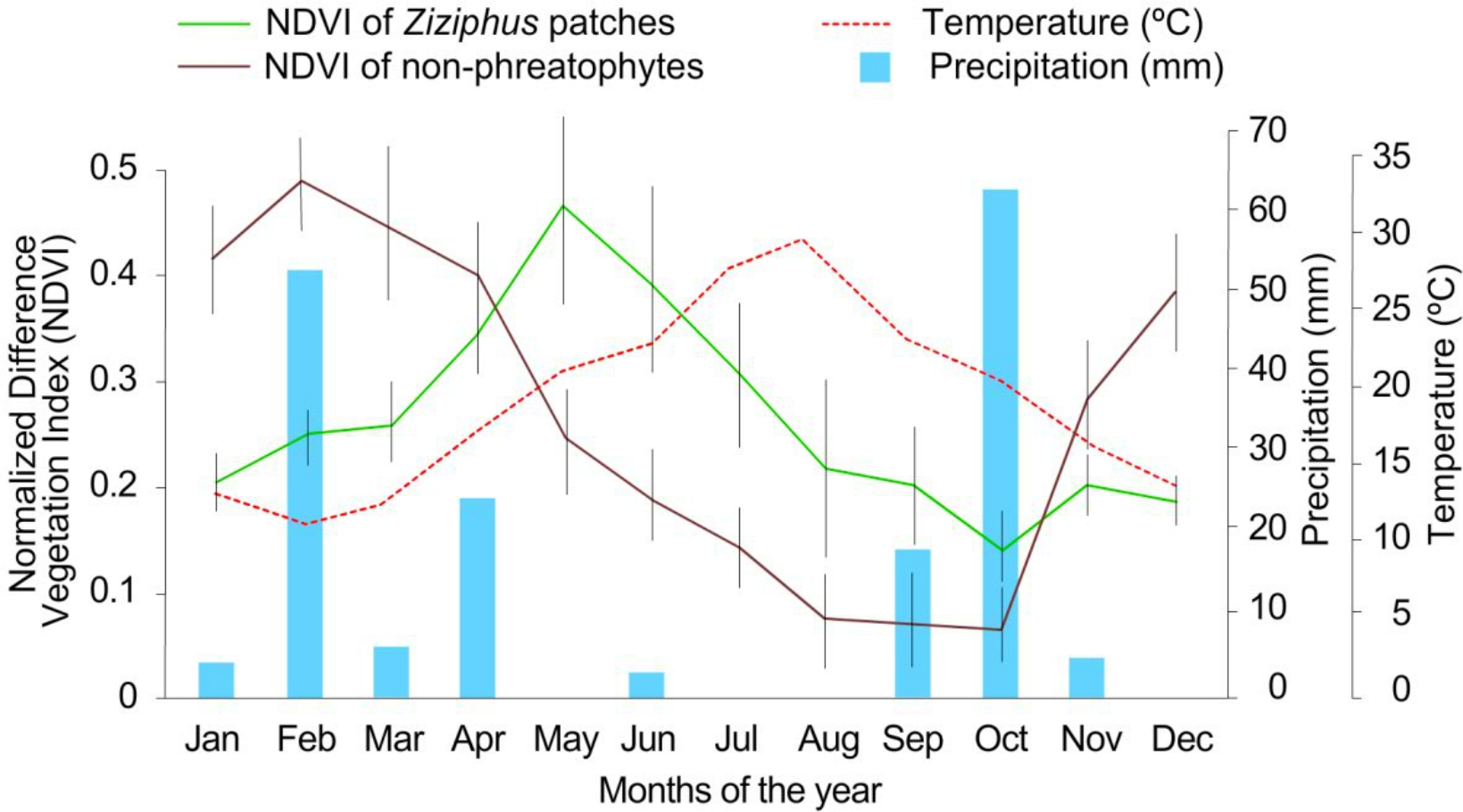 The mission's revisit time of just five days, when both satellites are operational, and only 10 days with Sentinel-2A alone, along with the mission's range of spectral bands mean that changes in plant health and growth can be more easily monitored. 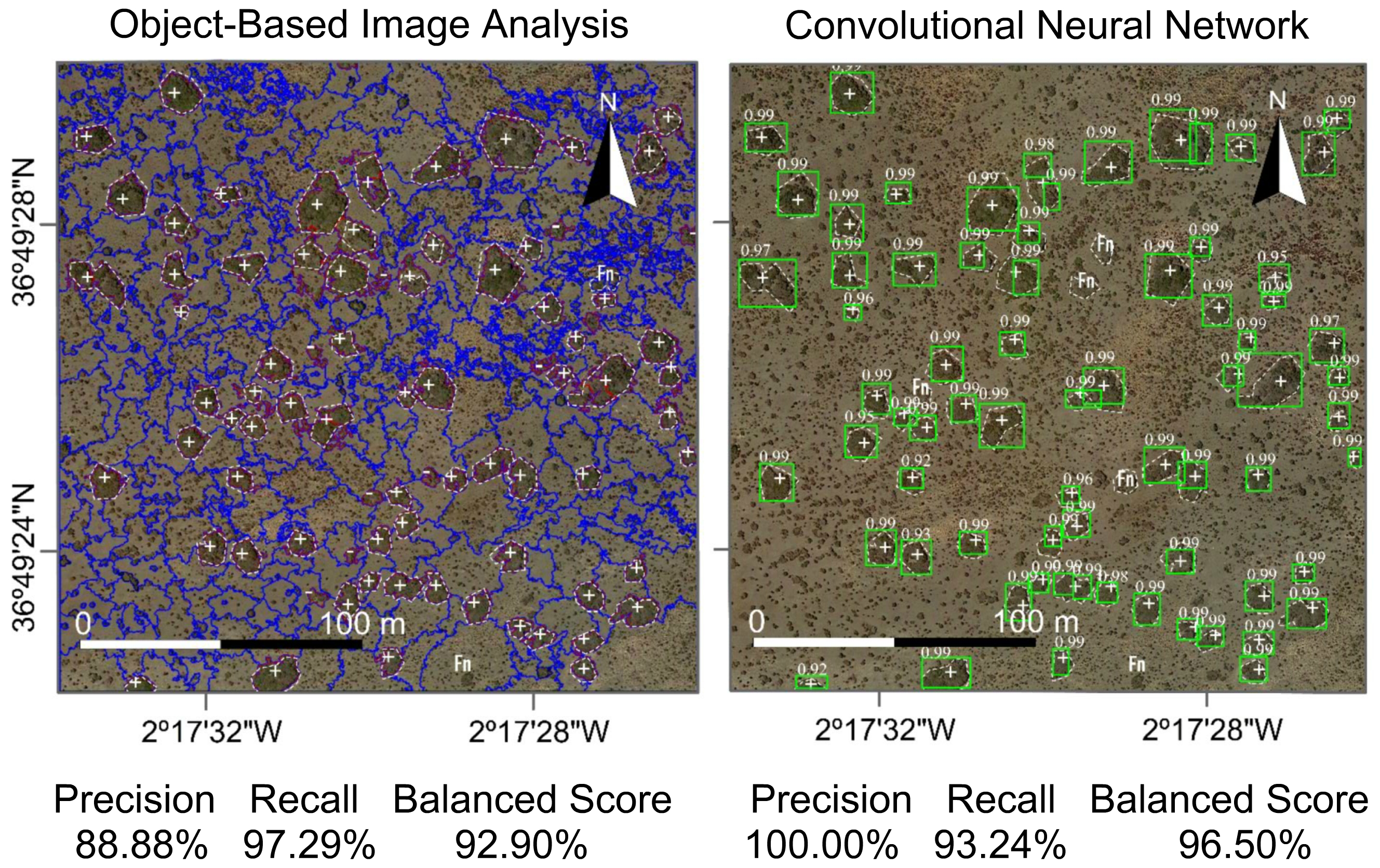 Researchers of this study, from the University of Granada and the University of Almería, state, "The use of Copernicus Sentinel-2, with high spatial and temporal resolution in the visible and the near infrared, allowed tracking photosynthetic activity at an unprecedented level.

"Using the NDVI index we managed to demonstrate how the seasonal dynamics of individual Ziziphus lotus shrubs was different to the surrounding non-phreatophytic vegetation, bringing the identification and consequently the protection of groundwater dependent ecosystems to a new level.

"From our study, the priority habitat "5220* Arborescent matorral with Ziziphus" must now be conserved not only under the European Habitats Directive, but also under the Water Framework Directive."